The price then continued to climb, hitting €420.50/t on Friday morning, January 10. The progress with the US/China trade deal has helped to move the price up in recent weeks as Chicago Board of Trade (CBOT) soybean prices see an improvement.

Nearby LIFFE wheat hasn't moved any big amounts since the end of last week.

The chart below from the Agriculture and Horticulture Development Board (AHDB) shows the spread between the prices. 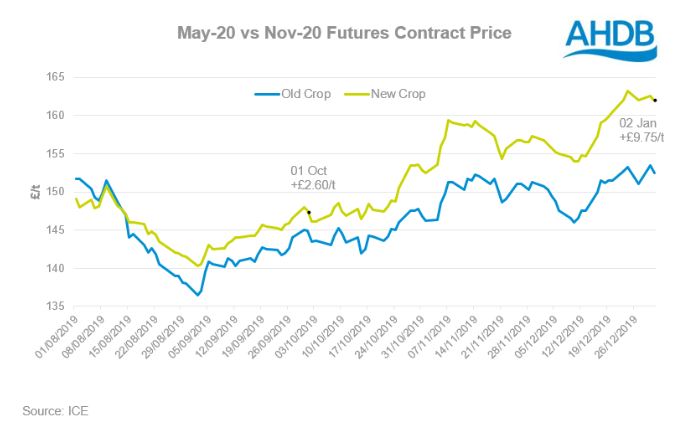 The new crop premium can be at least partly attributed to a fear of a smaller UK crop following a wet winter which saw less winter crops planted.

Further a field, the first Brazilian maize crop of the year is approximately a month away from harvest in February and soil moisture levels have been at a five-year low since September.

Planted area had increased in Brazil and projections were for a rise in production. As supplies may now tighten this may help to increase prices in the region and in turn have an impact on other markets.

The table below shows how prices were fairing on the LIFFE, MATIF, CBOT and Free-On-Board (FOB) Creil markets. 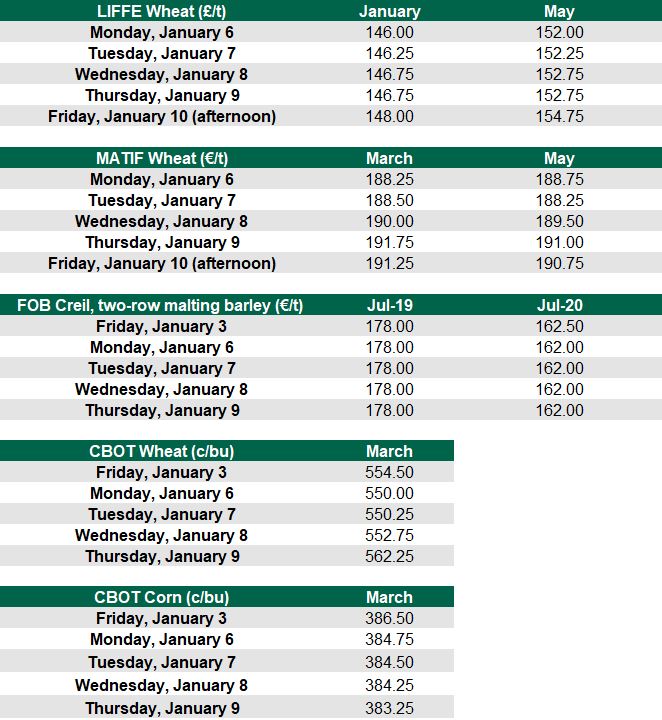