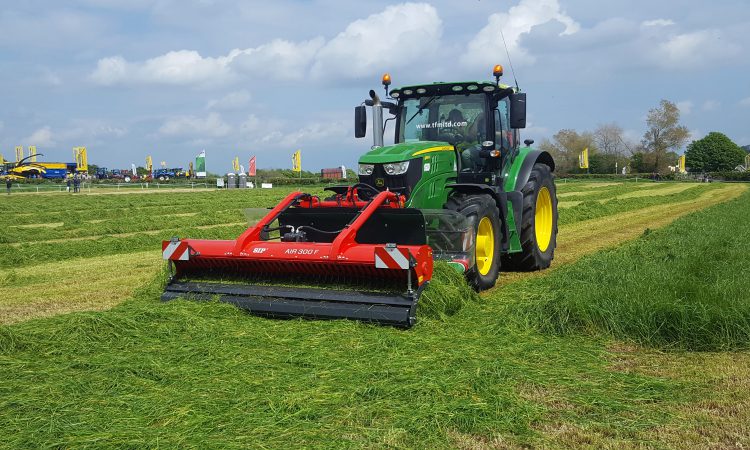 This SIP AIR 350F (pictured above) was one of several new machines working at yesterday’s (May 17) Grass & Muck event in the midlands.

Imported into Ireland by Meath-based Farmec, this front-mounted merger (grouper) has a patented flexible pick-up, which is flanked by a cross-belt conveyor.

According to SIP – a Slovenian manufacturer – it can travel at “high speed”.

The mounting linkage incorporates a hydro-pneumatic float system. Height control is provided by freely-rotating discs (positioned close to the pick-up reel). Drive is hydraulic; a PTO shaft is not needed.

The AIR swather is available in both tractor-mounted and trailed configurations, with working widths of 3.45m and 4.95m, respectively. Swath width can be adjusted between 0.5m and 1.2m.

If the machine looks somewhat familiar that’s because you may already have seen it badged as a ‘Respiro belt rake’.

SIP and Reiter Innovative Technology are working together on this project; the machine is available as either a SIP or a Reiter-branded unit.

It’s the brainchild of Thomas Reiter – a man who was known to some Irish contractors in his previous role as an export specialist with Austrian company Pottinger. 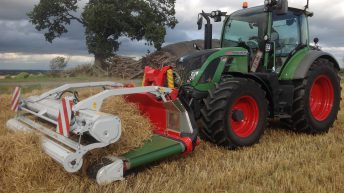