Great advice on how to prevent crow attacks on crops 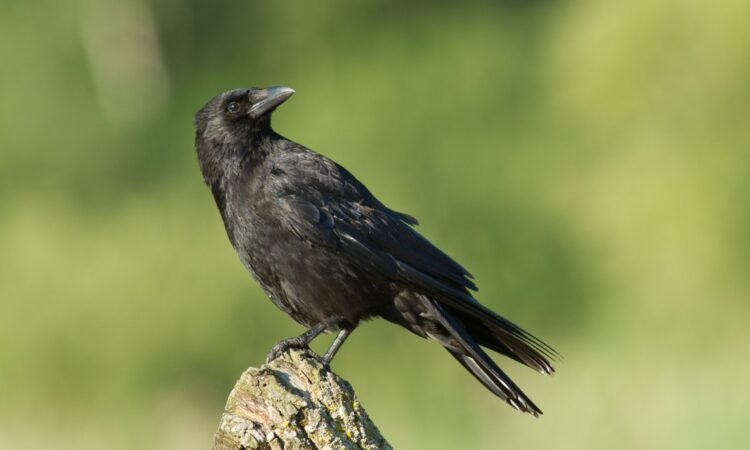 Crow attacks on crops are more likely to occur at dusk when flocks are returning to their rookeries, research carried out at Teagasc, Oak Park Research Centre has found.

It found that these crow attacks usually occur between the months of December and February when food is scarce.

The main advice is to prevent the crows from coming into the field as early as possible, once you prevent them from coming in then you shouldn’t have any problems, Teagasc Crop specialist, Shay Phelan has said.

When crows attack, they usually attack places where the crop has already lodged, which he said allows them to have a better view of any predators and their surroundings.

Scare tactics such as using scarecrows are the best way to prevent crow attacks, Phelan advises.

Phelan said crows are quite intelligent so it is best to move the scarecrow around to ensure the crows don’t get used to the position of it.

“A dead crow hanging up is another effective way of keeping crows away,” Phelan said.

If an area is associated with a dead crow then 38% of crows will become a lot more cautious of that area, a study in the Journal of Animal Behaviour found earlier this year.

A gun shot fired in the air without any harm to the crow is another way Phelan recommends to keep crows away from crops.

Other method that could be used include humming tape, large predator eye balloons, hawk kites and also in recent years farmers have started to use lasers.

Teagasc advises using a combination of these methods to effectively prevent crow attacks.

Farmers should restrain from using bangers, especially if located near built up areas, unless the banger is positioned close to the farm so that it can be turned off at night, Phelan said. Furthermore, bangers left on can cause annoyance to neighbours.

When sowing it is advised to sow the seed three inches deep and winter beans should be sown deeper as it won’t germinate quickly, it sits in the ground for two months so it needs to be to be at a good depth to stop crows getting at it, Phelan said.