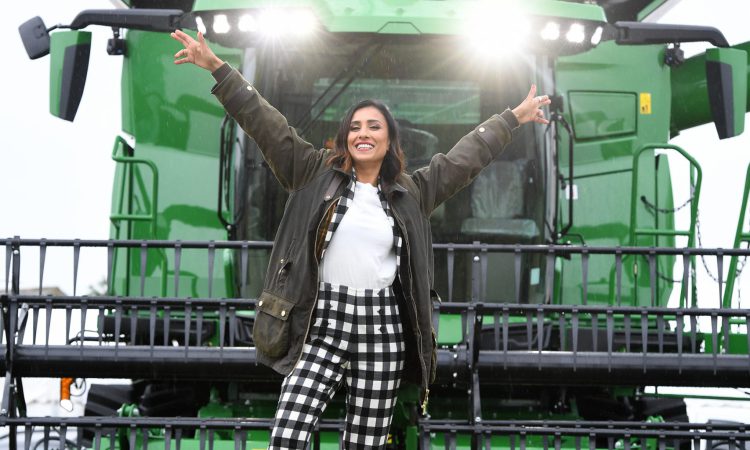 The prospect of 26,000 people gathering for England’s premier agricultural show might have seemed like wishful thinking this year, but the success of the Great Yorkshire Show is bound to give confidence to others.

The 162nd Great Yorkshire Show took place from Tuesday until Friday, (July 13-16), welcoming a staggering 104,000 people across its four days.

Of course, the show ran with some adaptations; for example, ticket sales were capped at 26,000 for each day and an extra day was added to the schedule to help spread the crowd.

Admission was strictly ticket-only, with none available at the gate on the day.

Show-goers were also asked to download the NHS app and use it to scan QR codes when they entered different areas of the showgrounds, such as the hospitality areas.

Visitors were also strongly encouraged to take a lateral flow test before they came to the show as part of the ‘Test before you Travel’ campaign.

Those working in the grounds, including catering and trade stands, were also required to have a negative lateral flow test within 24 hours before arriving to reduce the risk for all those on-site.

Sections that did not make it onto the schedule this year included the Fashion Show, the W.I. marquee, the pole-climbing competition and the Cookery Theatre in the Food Hall, although the Game Cookery Theatre was able to go ahead as usual.

Show director Charles Mills said the arrival of the show’s patron Prince Charles and the Duchess of Cornwall added “that extra sparkle to the show which we all wanted so much”.

“This has been such a heart-warming show,” he said.

It’s been an important step back to normality for everyone, and I think we appreciated it all the more after the most difficult 18 months.”

Nigel Pulling, chief executive of Yorkshire Agricultural Society, added: “It’s always a huge amount of work to stage this event and this year, because of the pandemic, it’s been all the more challenging.”

Among those keeping a close eye are Balmoral Show organisers the Royal Ulster Agricultural Society (RUAS), who are still hoping to pull off the only summer show on the island to open to the public.

In the days which have followed the Great Yorkshire Show, RUAS has ramped up the drive for entries and has also announced ticket sales for the postponed show will begin on Friday (July 23). However, this was then delayed until Monday (July 27) following “major issues with the ticketing system”.

The 2021 Balmoral Show, which is run in partnership with Ulster Bank, is set to take place from Wednesday, September 22 until Saturday, September 25, 2021, having been pushed back from its traditional May date.

RUAS livestock officer Karen Hughes (pictured above) reminded exhibitors that entries for the 2021 show will close on Wednesday, July 28 at 5:00p.m. Entries can be submitted online or posted to the RUAS.

Speaking on BBC Radio Ulster, RUAS Cattle Committee chairperson Libby Clarke said: “They [Great Yorkshire Show organisers] beat the odds by managing all the protocols and they had a full programme of showing classes.

“…If they can do that, we can do Balmoral – we’re only a hop and a skip away from that.

It gives you that tingle that we are going to get out and see people again.”

Shows in the Republic of Ireland

The national ploughing competitions will still go ahead behind closed doors. However, the World Ploughing Contest, which was due to be held in Ireland to celebrate the 90th anniversary of the NPA, has also been cancelled given the extent of international travel restrictions.

Jim Harrison, national secretary of the Irish Shows Association (ISA), explained most other shows in the Republic have also been cancelled.

However, there are some green shoots of life sprouting behind closed doors. The All-Ireland Young Stockperson Championship, a new competition for 2021, will go ahead behind closed doors. Its two qualifiers will take place on August 1, and August 2, iat Roscrea and Elphin Marts, followed by the final at Tullamore Mart on August 28.

The ISA/Horse Sport Ireland All-Ireland Horse Championship will also go ahead behind closed doors, with classes split across two days – August 7, in Charleville and September 4, in Roscommon. All classes will also be limited to a maximum of 15 entries.

Equestrian show the Wexford Summer Show is also understood to have gone ahead earlier this month with competitions held behind closed doors.

“The whole drive now is to get planning for next year – and ‘planning’ is the key word,” Harrison said, explaining that because of the scale of work involved in organising shows, it was unlikely those cancelled would now proceed.

2021 is gone for many, but I am hopeful for May 2022. Everyone who wants to be vaccinated will be before that.

“The first show of the season will be Thomastown, in Kilkenny – and we will certainly all be looking forward to it.”