"We assisted RCAT yesterday afternoon in Turves with a hare coursing incident.

"Two tried to outrun the helicopter across a field. You can guess who won that battle!"

Cambridgeshire RCAT provided further details on the matter, stating the "30 minute pursuit ended yesterday [Tuesday, November 3] with five detained for dangerous driving when this [Mitsubishi] Shogun made off in Guyhirn". 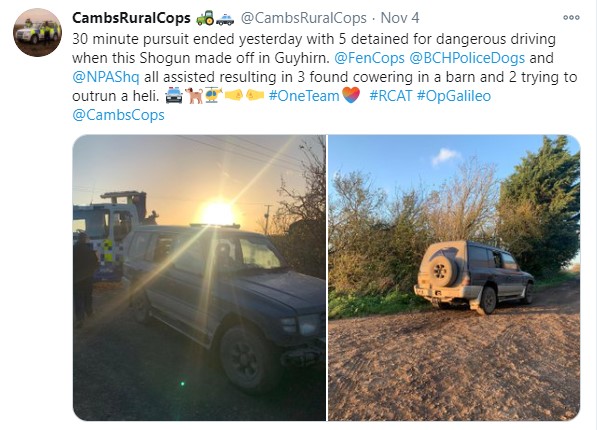 [/yes-app]
The team added that Fenland Police, the Bedfordshire, Cambridgeshire and Hertfordshire Police Dog Unit and the National Police Air Service "all assisted, resulting in three found cowering in a barn and two trying to outrun a helicopter".