‘Harry Ferguson of potatoes’ to be celebrated through new banknotes

Northern Ireland man John Clarke may not be well known to the general public, but his impact on the world of potatoes is such that his work is to be celebrated in Ulster Bank’s new banknote designs.

Born in north coast village Ballintoy in 1889, Clarke went on to become a world-recognised expert in the science of potato breeding, producing dozens of varieties, some of which are still widely grown.

Even the Maris Piper, the most popular of potatoes today, owes much to Clarke, as it was a grandson of one of his varieties.

Clarke, who died in 1980, was respected by contemporaries and specialists alike, with experts from Cambridge University visiting him on the north coast to learn from his work.

He also won many awards, including the Lord Derby Gold Medal in 1948, the John Snell Medal from the National Institute of Agriculture Botany, Cambridge, in the 1950s, and the Belfast Telegraph Cup for outstanding achievements in agriculture.

His first potato, the Ulster Monarch, was certified by the Ministry for Agriculture in 1936. Over the next 51 years, he had 33 varieties certified - of which the first 30 had the prefix ‘Ulster’. 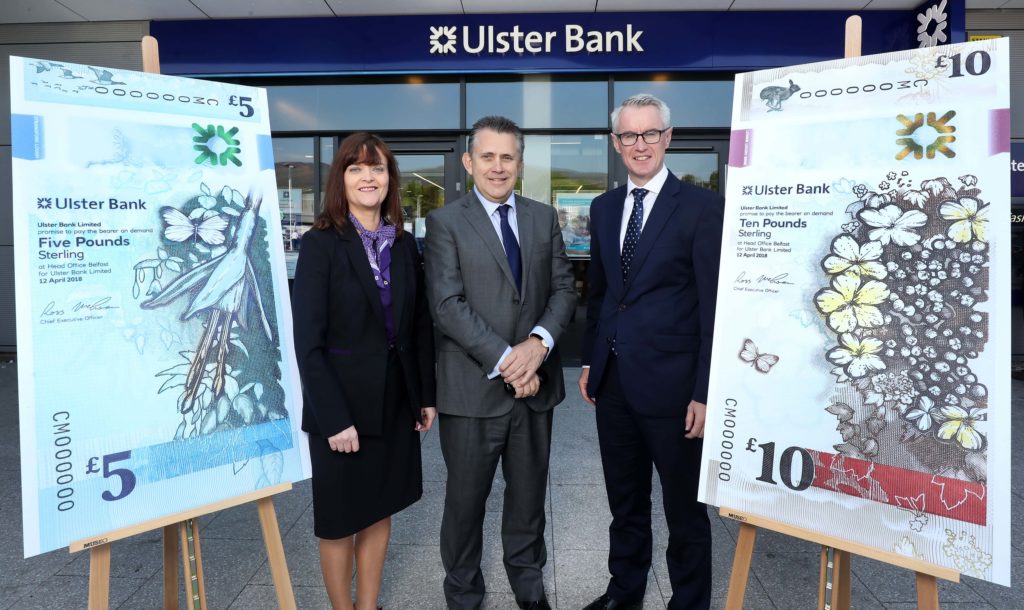 It is the ground-breaking Ulster Glade which features in Ulster Bank’s new £10 note, alongside the Irish hare, the Cryptic Wood white butterfly, the Guelder-Rose, and Clydesdale horses.

Potato expert Paul Watt said: “The Ulster Glade was the first commercial potato variety in the world to have a resistance to a particular kind of pest in the soil.

"Clarke was the potato equivalent of Harry Ferguson due to his impact and what he brought to Northern Ireland in terms of potato varieties.

His legacy lives on as 20-30% of potato varieties in western Europe will have genes from John Clarke’s potatoes in their background.

The new banknotes, which will come into circulation in early 2019, showcase some of Northern Ireland’s most prevalent flora, as well as key loughs in a clear window at the top, with Strangford Lough featuring on the £5 note and Lower Lough Erne featuring on the £10 note.

The first mainline vertical bank notes in the UK and Ireland, they were designed through a collaboration between the bank, a team of local creatives, graphic designers O Street, the printer De La Rue, and people from Northern Ireland.

The new £5 note focuses on Northern Ireland as a place that people pass through and visit, highlighting the importance of the sea and migration.

While the new £10 note focuses on Northern Ireland as a place of growth, both in terms of agriculture and heritage.