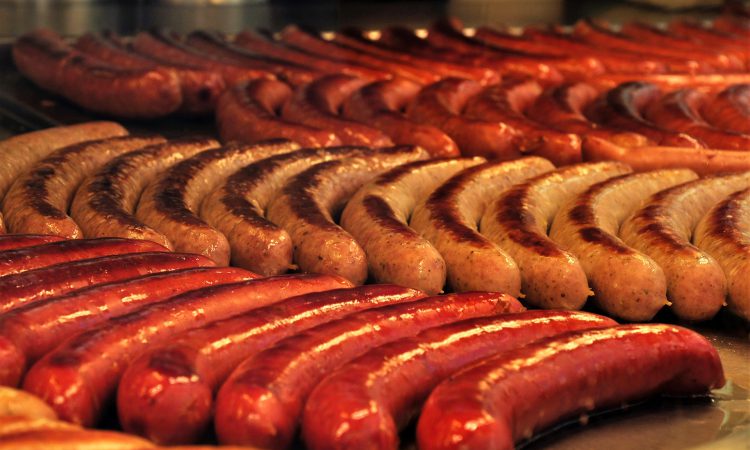 European Commission vice-president Maros Sefcovic told Northern Ireland politicians he was “hopeful” a solution could be found “over the next 48 hours” to the chilled meat impasse.

Addressing the Stormont Assembly Executive Committee during an hour-and-a-half extraordinary meeting on Monday (June 28), Sefcovic, said the commission “welcomed” the UK’s approach to work jointly on the issue.

The UK Government request to extend the Grace Period on chilled meat until September was received by the commission on June 17.

What is the issue with chilled meat?

The EU has a ban on chilled meat from outside member states. Now it is a third country as a result of Brexit, this will also apply to Britain, while as part of the Single Market, Northern Ireland is exempt.

The Grace Period, in which rules have been relaxed, has facilitated movements since the start of the year, but this is set to come to end on Wednesday at the end of the month.

While most sausages bought by consumers in the region are produced locally, the issue affects the food service and hospitality industries. It also affects the Northern Ireland meat processing industry, which processes cuts of meat from Britain.

Sefcovic said the matter had come under intense discussion between member states over the last few days but said the UK needed to fulfil its obligations to fully implement the protocol.

“We must do everything from every side to dramatise the rhetoric, and find the solutions. Unfortunately, the unilateral measures, which the UK government has taken back in March this year that contradicts the much-needed spirit of joint action, and clearly violated, what we had agreed,” he said.

“As you will know, the commission launched an infringement procedure on these measures on March 15 of this year, and without satisfactory steps by the UK to remedy these measures, we will have no choice but to step up those legal proceedings, so it’s good that the UK is pursuing a different avenue on chilled meat.

“On June 19, the commission issued a statement later writing our openness to find solutions in line with protocol.

The UK must fully implement the protocol which is the solution found to protect the Good Friday, Belfast agreement, the functioning of the all-Ireland economy, and the integrity of the EU single market.

“In the past few days, I have been in intensive contact with the European Parliament and EU member states on these requests. As you know, we have an inclusive legislative process in the EU.

“And while I cannot today announce that there was formal agreement to the UK government’s request… I remain confident that we can find a solution with the next 48 hours to address both sides needs and concerns.”