Impact of summer heatwave will be felt by livestock and growers for “months to come”, a Royal Agricultural University (RAU) agronomist has warned.

Dr. Nicola Cannon, principal lecturer in Agronomy said: “The most important months for crop growth in the United Kingdom are May to August as temperatures, day length and weather are normally optimal for plant growth.

“Plants need light, water and nutrients for growth with carbon dioxide for photosynthesis. There has certainly been plenty of sunlight this year and carbon dioxide is not limited but water has been scarce.

“Some stressed cereal plants like spring barley can have almost pink straw, which is thought to be a result of drought stress on the leaves during growing conditions.

“Many plants have been hit particularly hard by the hot dry weather whilst some deeper rooted plants have fared a bit better.

Arable crops are generally being reported as about 20% down on normal yields. Many farmers with livestock on their farm are really struggling as there is insufficient grass and forage currently growing to meet their nutritional requirements.

“This has serious implications, as not only is it an extra job to feed livestock now, but they are currently eating the food that was being preserved for winter feeding.

“This is creating uncertainty about what livestock will eat later in the year. Not only this, but grass and other forage crops have had very limited regrowth following the first silage cut meaning there is little crop available for subsequent cuts for winter feed.”

Whilst cracked soils look very dramatic, Cannon said there are some advantages to the process.

“The natural cracking can help break up compacted soils thereby increasing water infiltration and drainage in the winter as natural channels exist in the soils,” she said.

“Clay soils are far more prone to cracking than sand or silt and these are the very soils that suffer most of deeper compaction. Farmers often have to try and aid this process of cracking by subsoiling a field to improve drainage.

Cannon said fruit and vegetable growers were among those “really suffering”.

“Water for irrigation has almost run out and temperatures have been so high in the day that it can be difficult to apply water without damaging the plants. Harvest is earlier than usual as crops died off prematurely due to water stress,” she said.

Oilseeds and grains have been harvested at very low moisture contents, and so have not required drying, but this means that farmers have lower yields to sell as there is less water retained in the crop.

“There are some crops which are better adapted to these hot dry conditions including maize and miscanthus (elephant grass used for biofuel) as they can carry on photosynthesising even in hot conditions.

“But, the challenge for UK farmers is knowing what weather is likely to occur in a season and it changes year by year.

“It’s now time to look ahead to the 2019 harvest and the first fields of oilseed rape would normally be planted from August 15.

“However, where soils are so dry it can require greater quantities of fuel and power to cultivate the soil and there is such limited moisture in the soil that any seed planted is unlikely to germinate quickly.

“That means it is more prone to pest problems, often has reduced vigour and uneven establishment – if it can establish at all.” 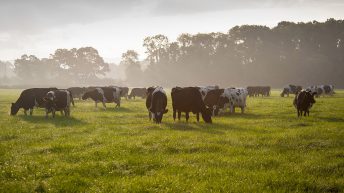 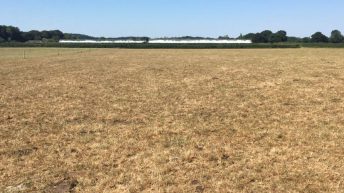 Brussels to offer ‘flexibility’ to farmers dealing with droughts