C&G Engineering Ltd, a tractor cab and component manufacturing business based in Clane, Co. Kildare has announced it will double its work force by the end of the year.

The move comes following the successful tendering of contracts by the company, which it expects will see  annual turnover triple.

The engineering firm currently employs 12 staff, but, due to the growth of the business, it expects staff numbers to rise to 25 by December 2016.

The Kildare-based tractor cab company is also making a considerable investment on its plant in Clane to further increase its production capacity.

C&G Engineering Ltd was established in 1977 as an agricultural tractor and machinery dealership before diversifying into cab manufacturing in 1985.

Back in 2010 C&G won a contract with AGCO to manufacture replacement doors for the Massey Ferguson 300 series.

These were sold as original parts through the Massey Ferguson dealer network worldwide.

And since winning the contract in 2010, the company has manufactured over 2,000 cabs for the Massey Ferguson 300-series.

The firm also develops and builds cabs for a huge variety of other equipment too, such as forklifts, dumpers, grass machinery as well as boats.

C&G has won contracts to build safety cabs for a variety of other companies too, including Bradshaw’s in the UK, which manufacture a variety of small tow tractors and load carriers.

“We started manufacturing cabs for Bradshaw’s in 2013 and this has grown to the level where we are now building 150 cabs a year for them,” Ganly said.

Ganly also said that the company has recently won a contract for the manufacture of safety cabs for a company in Northern Ireland.

“Hyster-Yale is potentially a huge customer for forklift cabs.

“We are starting with manufacturing various components for one model which we would anticipate would be around 50 units per year.

“This represents a massive growth opportunity for us as Hyster-Yale is keen to do more business with us,” Ganly said. 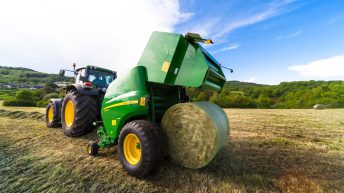 John Deere has launched its first ever printed parts catalogue 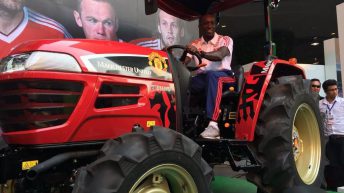