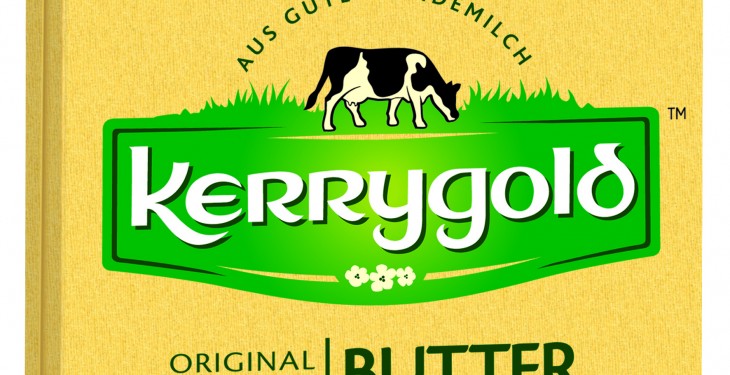 The history of the Irish dairy industry is very much tied to the production of butter. Kerrygold butter is Ireland’s leading global food export brand. Kerrygold is the No.1 butter brand in Germany, and the No.1 imported brand in the US.

For centuries, it was churned manually in small households and sold onto traders. This was a huge cottage industry in Ireland. In fact, Ireland was once the world’s largest dairy product exporter. Starting in the 1760s, Cork city was a hub for a global butter trade network that lasted for close on 150 years.

Almost 100 years after the establishment of the Cork Butter Market, a young Swedish Engineer named Gustav De Laval produced the first commercial cream separator. This invention paved the way for the production from cream on an industrial scale. Consequently, in the 1890s Sir Horace Plunkett developed the idea of dairy co-operatives in Ireland as a means for small dairy farmers to both add value to their milk, and break the stranglehold of the butter traders.

This co-operative principle was further advanced in 1961 when the Irish Dairy Board was formed to help brand and export Irish butter. Today, over 350 million retail packs of Kerrygold are sold globally across ninety countries.

How is Butter Produced?
Incoming milk is first passed through a separator, where the fat in the milk is spun off at high speed. This fat in the form of cream is then used for butter production. The remaining milk is known as skim milk, and is typically used for the production of skim milk powder or casein.

Remaining buttermilk is drained off and is processed into other products. Finally, the butter is subject to a final mixing process to ensure the removal of excess water, and in the case of salted butter, to ensure even distribution of the salt. The butter is then pressed into blocks and is ready for distribution.

Typically 1,000 kilograms of milk will produce over 45 kgs of butter, 2- 3kgs of buttermilk powder and a little less than 100kgs of Skim Milk Powder.

How much butter is produced in Ireland?
In 2013, Ireland produced 152,000 tonnes of butter. Within the European Union only Germany, France and Poland produced more butter than Ireland.

In value terms, Ireland is the third largest exporter of butter in the world after New Zealand and the Netherlands. Ireland exported over €615 million of butter products in 2013. 93% of this export value was shipped to five EU countries.

Seven key European based markets accounted for 54% of global butter and dairy fat related import values in 2013. Further afield, Chinese imports have quadrupled in five years, up from €40 million in 2008 to over €170 million in 2013.