Lady Dufferin, Marchioness of Clandeboye Estate, passes away at 79 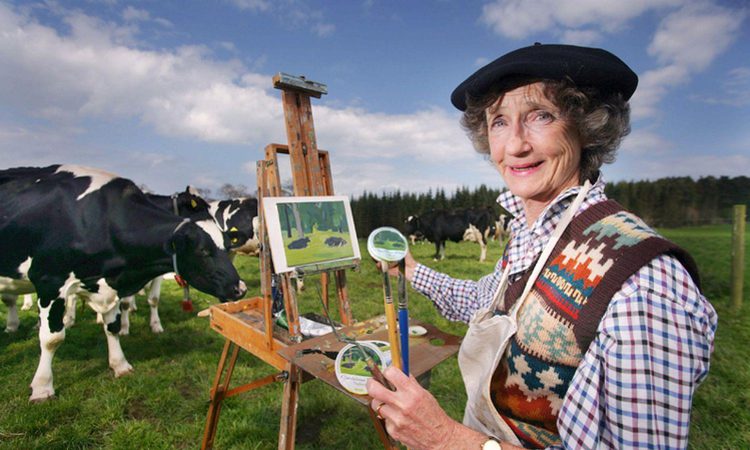 Tributes had been paid to the Marchioness of Dufferin and Ava, Lady Dufferin of Clandeboye Estate, who has died aged 79.

Lindy Hamilton-Temple-Blackwood, widely known as Lady Dufferin, was a familiar face among art, farming and conservation circles for her environmental work, paintings and award-winning herd of pedigree Jersey and Holstein cows.

In 2009, she launched Clandeboye Estate Yoghurt, the only yoghurt produced in Northern Ireland. She was able to combine her hobbies with copies of her paintings of the cows used to adorn the lids.

Born in Prestwick, Scotland, she was the daughter of financier Loel Guinness and his second wife, Lady Isabel.

She was left the Clandboye Estate after her husband Sheridan Hamilton-Temple-Blackwood, fifth Marquess of Dufferin and Ava, passed away in 1988.

The 2,000ac estate on the outskirts of Bangor, Co. Down, has been home to the Blackwood family for more than 400 years.

Among scores of tributes posted online, staff thanked her for the opportunities she had given them, groups spoke of her support over the years, and many shared their memories of a kind and vibrant personality.

A statement from the estate explained the marchioness had died following a short illness.

“She was a friend to so many and was beloved by all,” it read.

Painting and Clandeboye were her twin passions and we can take some solace that her last months with us allowed her to indulge both, and brought her peace and happiness doing the things she enjoyed most. She had a fantastically full life.

“Lindy was such a wonderful person who I was privileged to know and who was always such an interesting conversationalist.

She was so proud of Clandeboye estate and all that had been achieved there – from music festivals to outside classrooms in the woods; from painting cows to producing award-winning yoghurt.

“She was also a great advocate for Northern Ireland and its people. My husband and I will very much miss her friendship.”

Councillor Trevor Cummings, Mayor of Ards and North Down, said he was “deeply saddened” to learn of the marchioness’ passing.

“Lady Dufferin made an outstanding contribution to the life of our Borough – through her endeavours in business, as a huge supporter of the arts and by promoting sustainability and environmental issues,” he said.

“On behalf of Ards and North Down Borough Council, I wish to offer my condolences to her colleagues at Clandeboye, her many friends and the family circle at this difficult time.”

A private funeral will take place at Clandeboye followed by memorials in celebration of her life at both Clandeboye and London at later dates.