Home » N.Ireland » Lambs missing for 3 days rescued from 12m mine shaft by firefighters 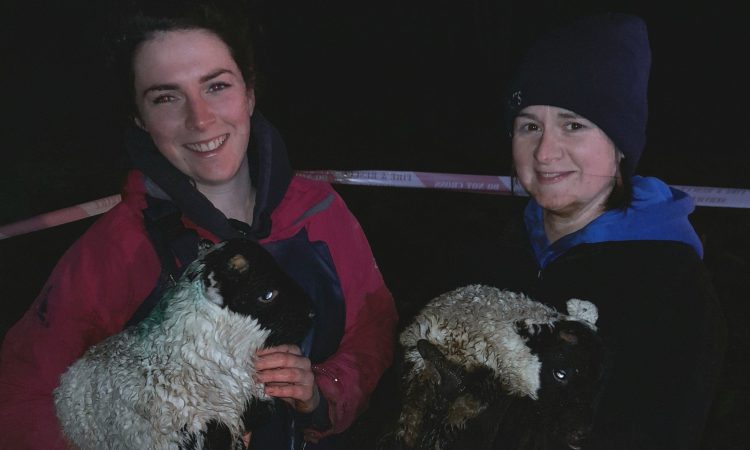 A pair of lambs which had been missing for three days were rescued by firefighters from a 12m (39ft) mine shaft in Northern Ireland in recent days.

The two lambs went missing from a farm in Co. Antrim last week, only to be discovered in a disused mine shaft.

A rescue operation was then conducted by Northern Ireland Fire and Rescue (NIFRS), lasting just under an hour and a half.

In a statement on the incident, a Northern Ireland Fire and Rescue Service Spokesperson said:

NIFRS received a call at 6.24pm on Friday March 26, to a report of missing lambs that had entered a disused mine shaft on farm land.

“The lambs had been missing for three days and were in a distressed state.

“NIFRS Crews from Ballymoney Station and the Specialist Rescue Team, worked with the Farm Owner to rescue the lambs, using Gas Monitors and Rope Rescue equipment.”

The spokesperson noted that a firefighter entered the 12m shaft and retrieved the lambs, returning them safely to their grateful owners.

The incident concluded at 7.46pm, the representative said, adding:

NIFRS would like to thank the lambs’ owners for showing restraint, not entering the mine shaft without proper equipment and calling the emergency services to perform the rescue.

“We would like to remind the public of the dangers of entering disused mines or sub surface work areas and advise people never to enter such locations.”