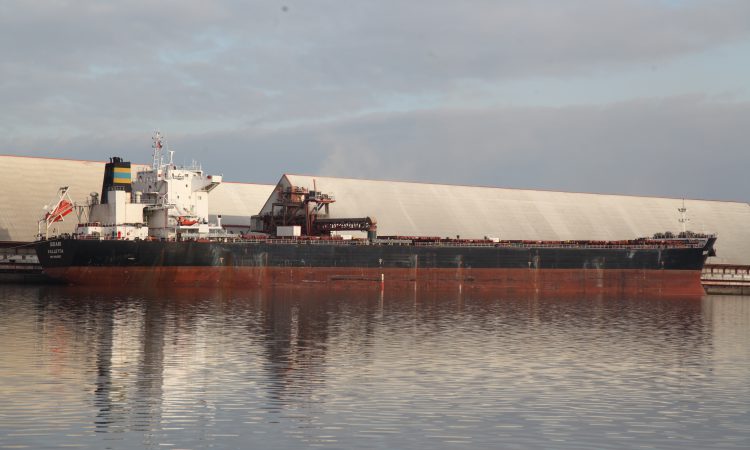 This month will see the largest shipment of UK grain exported this season from Bristol Port. 64,000t of barley is destined from Saudi Arabia.

The barley will be used as animal feed and is being loaded onto a large Panamax vessel this week, which will leave from Royal Portbury Dock.

The ship will be filled with barley from the south-west of England by farmers who supply the British co-operative Openfield. Openfield represents more than 4,000 farmers in the UK.

The Bristol Port Company and Openfield formed a partnership and the shipment comes as a result of this work.

Bristol Port is one of the UK’s largest deep-water ports and can therefore handle Panamax vessels. A statement from the port noted that this “opens shipments up to global trading destinations beyond the EU”.

Jonathan Mordaunt, Bristol Port’s Commercial Director, said: “There has been a bumper harvest this year and the superb co-operation between our grain team and Openfield has lead to us having the busiest start to the grain season in the port’s history.”

This year saw high yields in the UK for both wheat and barley and Bristol Port anticipates further large shipments.

There has been a lot of investment at the port in recent times, including Agricultural Bulk Shed (ABS) facilities to make it a long-established leader in grain exports.

The 42.7m-wide lock gate at Portbury – the largest of its kind in the UK – allows the port to welcome larger vessels than any other UK dock. This can allow Worldwide demand for big shipments of grain to be met.

In total, 17,968t of barley were imported to this country from the UK in September, while 1,281t crossed the border from Northern Ireland.

113,724t of wheat (other wheat, unmilled) were imported into the Republic of Ireland from the UK and Northern Ireland up to the end of September in 2019.

1.2 million tonnes of maize (unmilled and not seed) were imported into this country up until the end of September 2019.

The majority of this is being used for animal feed. However, AgriLand estimates that approximately 100,000t is used in whiskey production.

The current figure (January to September) is above the total (January-December) imported in 2017, while it is just 400,000t below the total import figure for 2018 – when a record 1.6 million tonnes of the product were imported from January to December (inclusive).