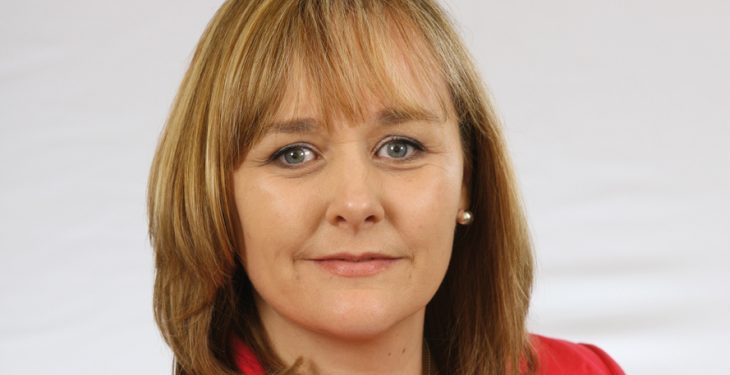 The recent 15% devaluation of Sterling against the euro is evidence that the short-term impact of Brexit on agriculture north of the border has been positive, according to Northern Ireland’s Farm Minister Michelle McIlveen.

The most obvious example of this will be the boost in Single Payment values which farmers can look forward to in a few weeks’ time, she said.

“If exchange rates remain as they are, the payments available in Sterling terms will be significantly above those on offer in 2015. And this is a good news story for farmers in Northern Ireland.

McIlveen was a visitor to Day Two of the National Ploughing Championships, where she met up with her Dublin counterpart Michael Creed.

“We covered a range of matters, Brexit being one of them,” she said.

“Another issue discussed was the need to encourage farmers to utilise digital technologies to a much greater degree. This year 82% of Single Payment applications were submitted on-line [in the Republic], the equivalent figure for Northern Ireland was 62%.

“There are many benefits to be gained by using the on-line submission process, one of the them being the option of tweaking a previously submitted application prior to the final closing date.

“Both Minister Creed and I both agree that 100% of single payment applications must be submitted on-line by 2018.”

This was Minister McIlveen’s first visit to the National Ploughing Championships.

“I am here to support all of the many agri-food businesses in Northern Ireland, who operate on across border-basis,” she said.

“My department has a major presence at the championships. Northern Ireland has a tremendous story to tell, from a farming and food point of view.

“Our food has world leading traceability and safety controls and it is produced on farms with a strong track record in quality assurance systems and high animal health and welfare standards.

“It is very pleasing to see so many Northern Ireland companies exhibiting here and to be able to work with the industry to help them inspire many people to visit us and see we are a truly great place to visit, stay, explore, taste and enjoy.”