The boards of both processors - which both operate in Northern Ireland - gave their unanimous approval to recommend the merger to shareholders.

Exclusive discussions about a possible merger started in June and have reached a "positive outcome".

A vote will be held at Special General Meetings (SMGs) set to take place on Tuesday, October 23.

Regulatory approval will also be required.

Owned and controlled by farmers, with over 3,200 milk suppliers and a collective milk pool of some 1.8 billion litres, the new co-op will be the second-largest dairy processor on the island of Ireland.

It will have a combined annual turnover in excess of €1 billion, creating "internationally-competitive scale while ensuring efficient costs of operation", according to the firms. 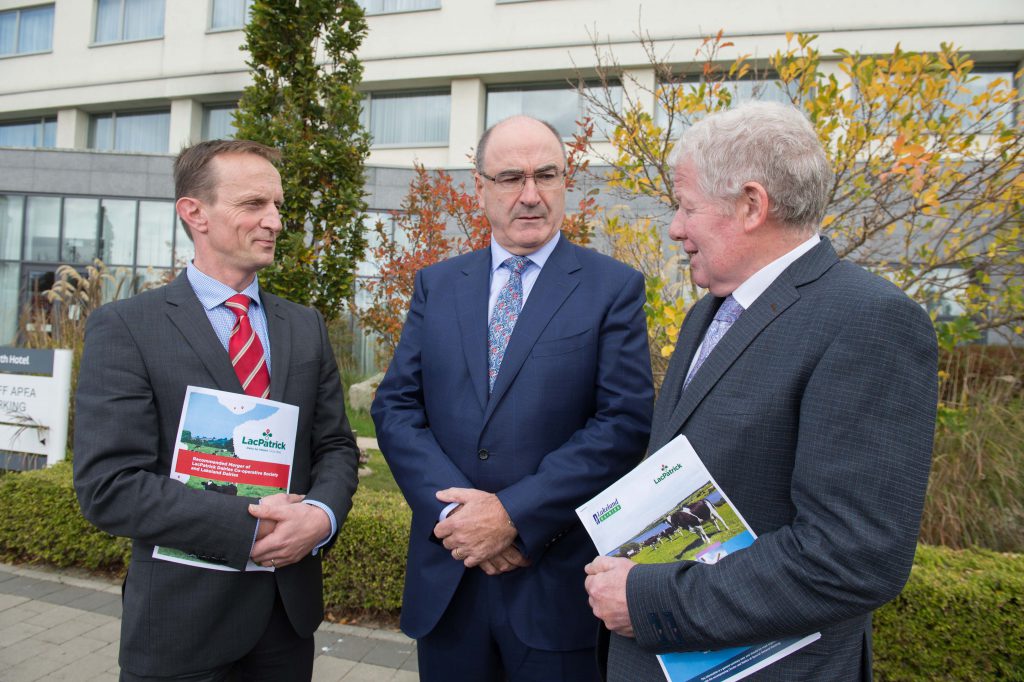 Hanley will be appointed group CEO of the new merged co-operative society which will adopt the name of Lakeland Dairies.

Commenting on the proposed merger, Andrew McConkey, chairman of LacPatrick Dairies, said: “The board of LacPatrick firmly believes that an amalgamation with our neighbours in Lakeland Dairies is the best thing for our milk suppliers, shareholders and customers.

It gives our farmers the necessary security to make long-term business decisions and provides stability for continuing progress in dairy farming for the next generation.

Alo Duffy, chairman of Lakeland Dairies, also spoke, saying: “This merger proposal is a once-in-a-lifetime opportunity for both co-operatives to continue their strong progress in a very meaningful way.

"It will enable us to process all of the milk sent to us, including the expanding output of our dairy farming members."

Michael Hanley, CEO of Lakeland Dairies, said: “I am confident that the best interests of the shareholders and milk producers of both societies will be best served through this merger.

"The economies of scale achievable by combining both societies will create a larger, more efficient, diversified, farmer-controlled, global dairy food group with a broad portfolio of value-added products and brands.

"It will continue to ensure market access to the United Kingdom, Europe and the world.

The combined organisation will have substantial cashflow to underpin the development of the business. All of these factors will enhance the value of the merged societies for the benefit of all shareholders and milk producers.

Both co-operatives have written to their respective shareholders with details of the merger and will also hold a series of information meetings in advance of the SGMs across several counties, north and south.