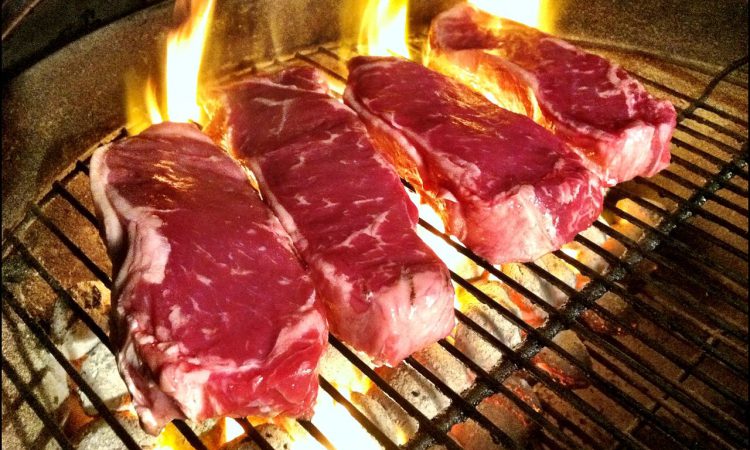 The critical role of meat in the diet was the subject of a recent public lecture for representatives from the UK and Irish livestock sectors. The inaugural ‘City Meat Lecture’, hosted by the Worshipful Company of Butchers, was addressed by Prof. Frederic Leroy from the Vrije University in Brussels.

The noted Belgian academic, who is an international authority on food and animal science, addressed the topic: The rightful place of meat in the national diet. Livestock and Meat Commission (LMC), chief executive, Ian Stevenson attended the event at Butchers’ Hall in London, which attracted an audience of around 150 people, representing all the sectors making up the UK and Irish livestock industry.

Importance of meat in a diet

Prof. Leroy is one of the world’s leading experts in determining the nutritional role of meat within a balanced diet, the impact of its production systems on the environment and the role it plays across society in contributing to our overall way of life. “It is highly significant that Prof. Leroy is not seen as being in the pocket of the meat industry,” Stevenson said.

The research that he undertakes is totally independent in nature. His authority to comment on meat-related matters is further bolstered by the fact that he will not accept any form of professional fee when speaking at a conference or public event.”

According to Stevenson, the Belgian academic made three basic assertions courtesy of his address to the London conference.

The first relates to the critically important nutritional role played by meat in the context of a balanced diet. The LMC representative further explained: “The point was made by Prof. Leroy that meat is a healthy food and contains essential dietary nutrients that cannot easily be found in other food sources.

A recent survey confirmed that 40% of teenage Australian girls are iron deficient. This situation has largely been attributed to the fact that many teenage girls have reduced the amount of meat in their diet, and were unable to secure the iron they needed from other sources.

“Red meat, in particular, is an extremely important source of iron in all our diets.”

Stevenson particularly noted the references made by Prof. Leroy to the numerous public assertions made by ‘so called’ experts regarding the perceived negative impact of the likes of beef and lamb in the diet on public health, without providing the supportive research data. He emphasised the point that within wholesome diets, there is no good evidence for harm through inclusion of meat in the diet. “This is in issue that Prof. Leroy wants to take up with professionals and policy makers at the highest level,” he added.

And he is absolutely right; scientific claims must be backed up with objective evidence and transparency of research data.”

But here again Prof. Leroy pointed to the often unhelpful role of politicians and other opinion formers in preventing the meat industry from following the best scientific advice that is available.

“Prof. Leroy suggested that interventions are needed to improve the food system but if they are not based on the best of science technocratic interference will simply lead to damage.

The third theme touched upon by Prof. Leroy related to the role played by the livestock industry at the very heart of society.

Specific reference was made to the jobs created and livelihoods supported by the sector, and the specific skill sets required by those working within it. “But he also highlighted the critically important role played by meat at the very heart of those activities that define society today,” Ian Stevenson stressed.

Many people enjoy eating meat. It is also commonplace for meat to be the centre piece of meals that characterise so many family and public occasions.

“And, of course, so many people actually enjoy sitting down in a restaurant and eating a meat dish that has been specifically prepared for them. “Prof. Leroy’s presentation addressed a number of key issues that get to the core of the great debate that is taking place within society as a whole at the present time,” he continued. “He concluded by confirming that meat really is a critical component of the national diet with multiple and robust strengths to meat that are superior to its limitations.”
Download Our Free App
LMC Meat
Loading Next Story