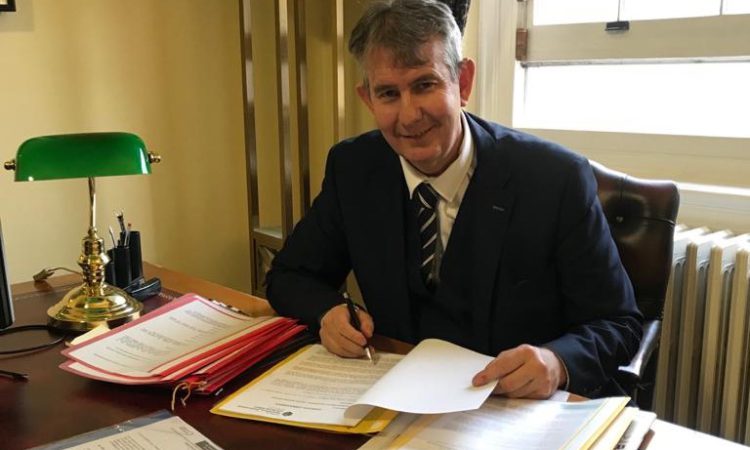 Northern Ireland Agriculture Minister Edwin Poots has announced he will be the final decision-maker in future reviews of area-based scheme payments, which have been heard by an independent panel.

Current cases where the department has not yet issued a decision will now also be referred to Minister Poots.

Under current arrangements, where a farmer is dissatisfied with the department’s decision on their scheme application, they can ask for a review.

As part of the Review of Decision process, an independent panel will give its assessment of the case.

Currently, the Independent Panel hears the case and makes a recommendation to the department, which makes the final decision without the minister’s input.

However, the process has come under scrutiny following the Barnwell Farms judicial review – a case in which a favourable decision towards the applicant made by the independent panel was overturned by the department.

The changes will see DAERA continue to carry out the Review of Decision process. However, for cases that have been heard by the Independent Panel a recommendation will be provided to the department, with the final decision on the outcome of a case now to be made by the minister.

Announcing the change to the process, Minster Poots said: “As Minister for Agriculture, I know how important the payments my department make each year are to farmers and the wider rural community.

“It is important that these payments are correct. Where farmers are not happy with the decisions made by my department, it is also important that farmers have confidence in the review process.

“I recently requested that the Independent Panel be given decision making powers in reviews. This will require my department to make new legislation.

Until that legislation is in place, I have decided that, as Minister, I will take the final decision in reviews heard by the Independent Panel.

“I will look at recommendations coming from the Independent Panel and consider them carefully before reaching a final decision in any particular case.”