The UK’s budget retailer, Morrisons, has become the second supermarket to promise a switch to all-British lamb, making the commitment under its own-brand label – ‘Market Deals’.

The retailer’s chief executive officer – David Potts – made the announcement at The Great Yorkshire Show, which is taking place in Harrogate, England, until the end of today, July 13.

This means the retailer will no longer be stocking imported lamb from New Zealand and Australia, switching to 100% British lamb for its own-brand meat selection.

It comes just two weeks after Sainsbury’s implemented its plan to stock all-British lamb from July 1, following an announcement made in May in which it promised to support the UK lamb industry.

The National Farmers’ Union (NFU) – which represents farmers in England and Wales – welcomed the decision, saying it was “extremely pleased” that Morrisons had shown this level of commitment to British sheep producers.

The Deputy President of the NFU, Minette Batters, added: “Morrisons has traditionally been a strong supporter of the British livestock industry and much of its message to shoppers is centred on stocking 100% British Red Tractor assured fresh meat.

This move will certainly make it easier for shoppers who want to buy British lamb in store but have previously been confused by the ‘Market Deals’ labels.

According to NFU Livestock Board Chairman, Charles Sercombe, the supermarket purchases around 750,000 lambs per year.

He said: “This high-profile commitment to source 100% British lamb across all its lines provides a very welcome boost for the UK sheep sector, at a time when our future trading relationship is uncertain.

“It is vitally important that we see strong support from British retail and consumers.”

The combination of a weaker sterling and potential trade barriers would work against the consumer, King explained. He told the programme: “There has been, in my estimation, almost no conversation about the potential impact of Brexit on the food supply chain by definition.” 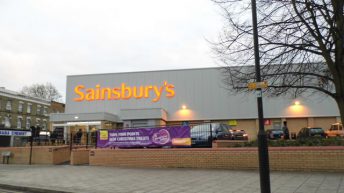