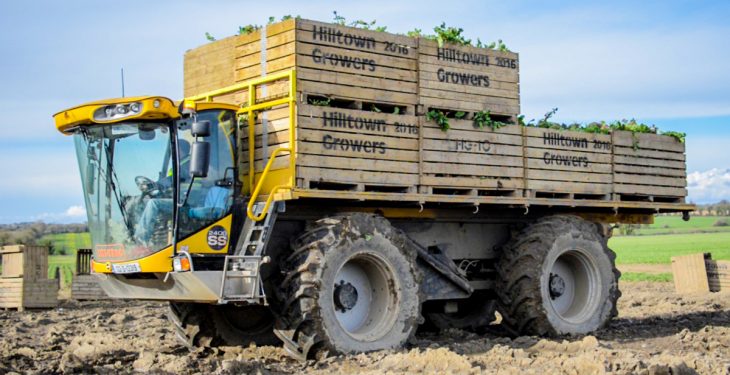 One of the more unusual machines you might see roaming about the roads of Counties Dublin and Meath is a Lite-Trac SS2400 ‘tool carrier’.

The machine’s model designation is a clue to its gross permissible weight; fully-loaded it tips the scales at up to 24t. It can carry a payload of 14t.

The machine Agriland visited was bought by Hilltown Growers – a company that is based in Garristown. The business is run by John and Simon Gormley. They grow a range of vegetables on a commercial basis, including broccoli and sprouts. However, swedes (turnips) account for 80% of their turnover.

The SS2400 was bought primarily to transport swedes out of the field, particularly in wet or difficult conditions where a conventional tractor and trailer would struggle.

Lite-Trac, the manufacturer, is based in England – close to Peterborough. Its first prototype ‘tool carrier’ was built in 2004. Following the success of the initial testing phase, the company was ‘incorporated’ four years later; it then set about developing and manufacturing the SS2400.

Since then, to exploit the full potential of the chassis, Lite-Trac has developed its own de-mountable crop sprayers, muck spreaders and slurry tankers. While many of the units go into farming applications, some go to local authorities and utility companies across the UK and overseas. One is even kitted out with special bogies, for use on railways.

Lite-Trac Managing Director, Paul McAvoy, said: “We now offer the SS3000, which has a 30t gross weight. Unlike the earlier model, it’s fitted with an 8.8L Volvo engine. Instead of a Dana transmission, it has an Allison unit. The cab, as before, comes from CNH; it’s basically the same unit that is fitted to a New Holland FR forager harvester, though the controls inside are different.

According to McAvoy, a new Lite-Trac ‘tool carrier’ starts at about £120,000 (€140,000) excluding VAT. Upgrading from a low-cost set of tyres to top-of-the-range Michelin rubber typically adds about £5,000 to the overall price.

The company builds about a dozen of these specialist machines each year.

The machine being used by Hilltown Growers is an SS2400 model. It was bought four years ago.

The patented chassis layout, with its mid-mounted driveline, gives equal weight distribution across all four wheels. According to Lite-Trac, the machine’s key selling points are its “impressive traction and light footprint”.

The machine’s unusual design is claimed to enable the “operator to access difficult or previously unreachable areas of land”.

The SS2400’s driveline, which is said to be suited to heavy work in hilly conditions, is based around a 6-speed automatic powershift gearbox, with a locking torque converter. Top speed is 50kph. The machine features permanent 4WD; 100% diff locks are fitted to both axles.

Air suspension and anti-roll bars provide what Lite-Trac describes as an “outstanding ride for both the operator and the payload”. The front and rear axles are each mounted on triple link A-frames; there are four airbags and four shock-absorbers per axle.

Eight spools valves are fitted, to cater for all sorts of applications.

The claimed turning radius, depending on tyres, is just 4.5m. The 4-wheel-steer machine can also crab at an angle, enabling each wheel to drive on a new path – to minimise rutting and compaction.

It’s a long rig; it spans 7.4m in length. It is also an eye-catching and capable machine. Will we see more of them on Irish soil in the years to come? 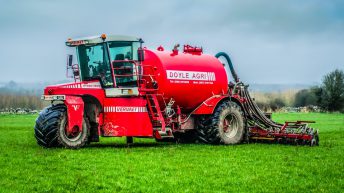 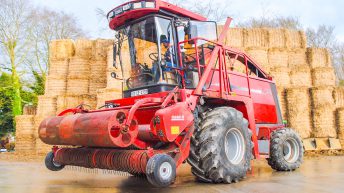