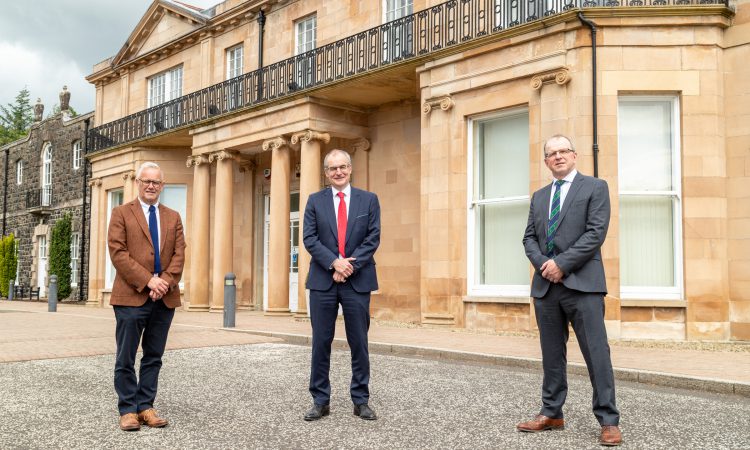 A new chairperson and member have been appointed to the College Advisory Group, which oversees the College of Agri-Food and Rural Enterprise (CAFRE).

The College Advisory Group was established in January 2007 and reports to the college director, Martin McKendry.

The group makes recommendations regarding the college’s Strategic Business Plan and how it can meet the needs of industry, students and the community.

It also monitors the programmes delivered by the college and makes recommendations regarding their relevance to the DAERA Strategic Goals and effectiveness in meeting the needs of the industry, and ensures they offer value for money.

Both Mawhinney and Johnston have been appointed by the Department for an initial period of three years from July 1, 2021. Maynard Mawhinney replaces outgoing chairperson, Dr. Mike Johnston, while Harold Johnston replaces former member Mark Beattie.

Minister Poots said: “I welcome the appointments of Mr. Mawhinney and Mr. Johnston. The Advisory Group plays an important role in helping CAFRE deliver excellent services to the farming and Agri-Food sectors and I’m sure that the wealth of experience brought by the new chair and dairying member will enable CAFRE to continue to be recognised as a world leader in Agri-Food education provision.”

Minister Poots wished them well in these important roles and thanked the outgoing Chair and Member for their leadership of, and input to, the CAFRE CAG.

New chairman Maynard Mawhinney is an experienced board member with substantial experience in the Agri-Food industry. He has an MA in Marketing from Ulster University, and a Certificate of the Market Research Society from De Montfort University.

Mawhinney has also served only several boards, such as the Health & Safety Executive in Northern Ireland.

A department spokesperson said: “Mr. Mawhinney is also a current member of the CAFRE College Advisory Group that he will now chair, where he has served two terms. He is thus fully cognisant of the remit, goals and challenges facing the group and he looks forward to leading them in the coming years.”

Harold Johnston will represent the Dairying Sector. Johnston has considerable experience of the sector locally, having been a dairy farmer for his entire working life. His farm has had success in several competitions, most notably winning the 2016 UFU Northern Ireland silage competition and also the 2020 Ulster Grassland Society ‘Grassland Farmer of the year’ competition.

Johnston has a long career of service to the farming community. He has been a board member of Dale Farm Co-Op since 2011 – a position that has given him insight into the processor side of the industry.

He is also currently president-elect of the Ulster Grassland Society, is involved with Agri-search as a Grasscheck monitor farmer and has been accepted onto the Beacon Farm Network scheme.