The recent Lakeland Dairies Board elections have seen Gerard Donohoe, Michael Dobson and Andrew McHugh appointed to the Board.

The new appointments were made after vacancies arose once other members were due to retire under the rules of the Society.

John Farrell, John Taylor and Sean Glennon made way for the new appointments, having concluded their term in office of four years.

The Lakeland Dairies Co-Operative Society is governed by its rules and controlled by the Board of Directors, which is made up of 14 members of the Society and one co-opted external director.

Elected members serve a four year term and can only be returned for a second term if they make it through the initial election process again.

Each of the 12 electoral areas elects a representative to the Board from one of the 15 members of the Regional Committee.

Meanwhile, Northern Ireland milk supplier shareholders elect two members to the board for every four year period. The Chairman of the Board is then elected annually by the Board Members.

Lakeland Dairies processes over one billion litres of milk annually which is collected from 2,500 milk suppliers across 15 counties north and south of the border.

The co-op manufactures and exports an extensive range of dairy foodservice and food ingredient products for blue-chip customers in 78 countries worldwide.

Founded back in 1990 following the merger of Killeshandra and Lough Egish co-ops, the processor has a head office in Co. Cavan and is currently a leading provider of dairy produce to the Kerrygold brand. 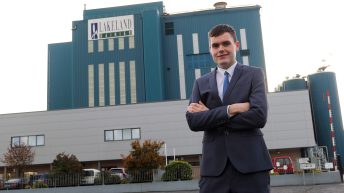