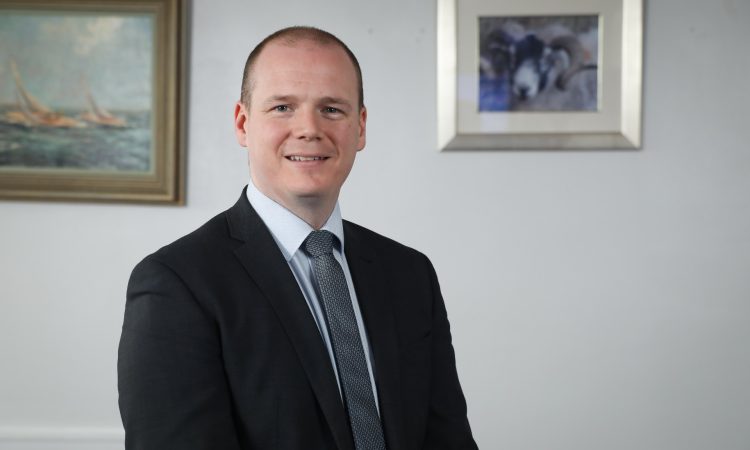 Fault lines appear to be forming in the department’s relationship with the Stormont Agriculture Committee.

Over the last few weeks, members have complained that important documents have arrived late with the latest blow coming in the form of an apparent snub from the newly-appointed Agriculture Minister.

Members said it was “astonishing” that the minister had declined its invitation to meet the committee.

Chairman Declan McAleer said: “I note and welcome that the minister has been meeting stakeholder organisations…

So I find it almost undermining of our committee that he sees fit to meet stakeholders to discuss his ministerial priorities, yet hasn’t got the time to meet the committee.

“That would be my personal view on him declining to meet us.”

Gordon Lyons replaced Edwin Poots as Agriculture Minister three weeks ago after Poots stepped down to allow for his cancer treatment.

Minister Lyons had apparently responded to the committee to say he expects his ministerial term to be short and, as a result, declined the invitation.

‘The fact is he is in the role’

However, the response did not go far in satisfying the committee.

“The committee has an important role in assisting and scrutinising the work of the minister and I don’t think he is susceptible regardless of the length of time he may or may not be in the role,” North Antrim Philip McGuigan said responding to McAleer.

The fact is he is in the role, he is the minister, and this is a statutory committee charged with scrutinising him.

“He’s meeting with other groups to discuss his priorities then I think that he certainly should be meeting this committee.”

“By the time we get a date set, he may no longer be in the job. Because as I am aware the former minister, Poots, is wanting to take up that role again as soon as possible,” he said.

He added that on a previous occasion Minister Poots met with the committee just a week after a major operation.

Green Party MLA Claire Bailey highlighted Lyons had previously responded to her welcome in the chamber to say he would be “happy to attend if he was invited”.

“So that’s a bit of a U-turn,” she said. “Regardless of whether it’s Minister Lyons or Minister Poots coming back, we haven’t had very much engagement with a minister directly at committee anyway.

I just think we should be seeing, hearing and meeting more with the minister directly regardless of whether Minister Lyons is imposed for any length of time or not.

“Whether it’s Gordon Lyons or Edwin – and I do hope it is Edwin – surely they are fit to give us a date at least?”SDLP MLA Patsy McGlone added.

“Chair, we’re getting a bit paranoid that the minister doesn’t want to meet us and neither do Shared Environmental Services in Mid and East Antrim Council,” Bailey quipped.