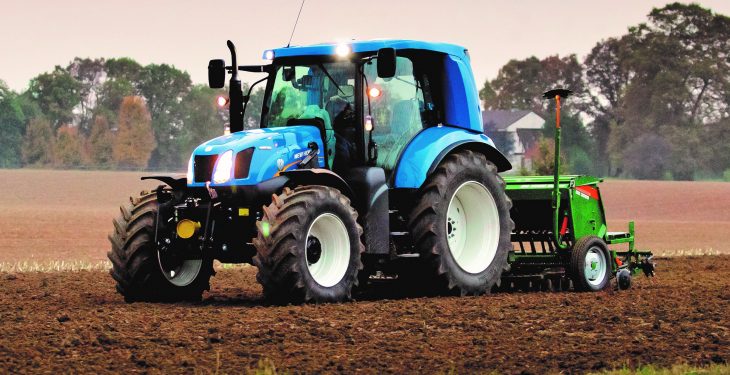 The firm also reports that the earlier, first-generation version – based on a T6.140 – is now undergoing testing in Brazil. One can only hope that it won’t be fed a diet of ‘expired’ beef and salmonella-infected chicken; what would that do for the environment?

The second-generation prototype has already been tested by customers in Italy, Spain, Germany, Denmark, the Netherlands and the UK.

How is it powered?

The first-generation T6.140 Methane Power prototype is now involved in a joint project between New Holland and Itaipu Binacional – a significant producer of “clean and renewable energy”.

The prototype is touring farms and agricultural cooperatives in the West Parana region in Brazil, where it is being field-tested to collect data on the viability of bio-methane as a fuel for agricultural equipment.

The project also includes a series of activities aimed at promoting the development of a supply chain for biogas – generated from urban and agricultural organic waste.

The newer T6.180 Methane Power prototype was on display at the huge SIMA show in February.

This tractor is fitted with a NEF6 engine, produced by FPT. Its configuration is actually very similar to that of current diesel-powered tractors. The compressed methane is stored in nine tanks that are integrated into the tractor’s overall design, with ground clearance as per standard models.

The 52kg tank capacity delivers approximately half a day of ‘autonomy’, during normal operation.

How much could it save?

The Methane Power tractor, claims New Holland, could deliver fuel (cost) savings of up to 25% – compared with diesel-powered equivalents. It is also said to demonstrate 80% lower (polluting) emissions than a conventional tractor.

New Holland says that such tractors could help to fulfill future greenhouse gas targets, which are expected to require a 20% reduction across Europe by 2020. Big savings, it adds, can be achieved by using bio-methane produced on the farm itself. 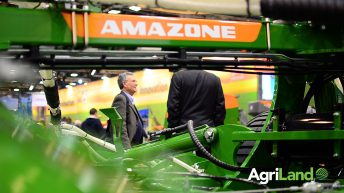