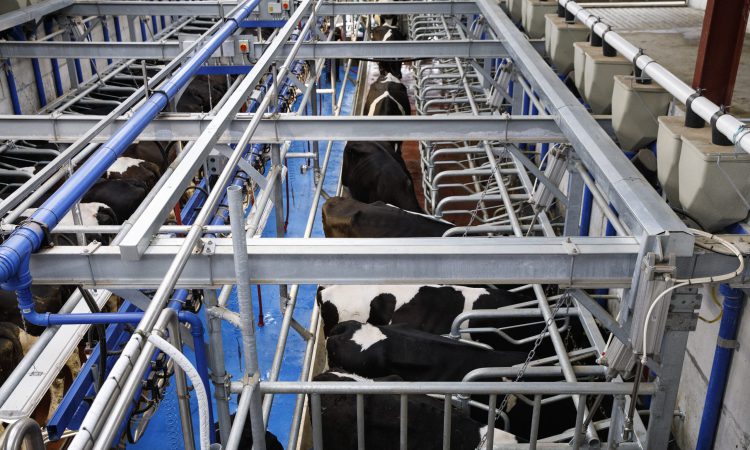 DeLaval has announced the launch of two new products as part of its new Flow-Responsive milking system, which it claims could reduce milking time by up to 10%. The Flow-Adjusted Vacuum and Flow-Adjusted Stimulation have been launched by the dairy machinery company.

“Therefore, in a traditional system with a single vacuum level, the speed of milking is limited, not by the cow’s genetics or available milk, but by the operation of the milking machine.”

The company claims that the Flow-Responsive Milking system can reduce milking times by up to 10%.

Advertisement
The Flow-Responsive Milking has reportedly performed 40 million milkings and the amount of time the cluster spends on the cows, has been reduced by an average of 20 seconds/milking.

The system works by adapting the applied vacuum to the milk flow profile of each cow. New sensors, regulator valves, and software have been combined to respond to the actual milk-flow of each cow and adjust the level of the vacuum accordingly. DeLaval says that along with decreasing milking time, the system will also improve udder health and animal welfare on dairy farms.

On an recent Dairy Focus , Agriland paid a visit to a farm that had installed a DeLaval V310 milking robot. Click here to view the article.
Download Our Free App
Milking Parlour
Loading Next Story