Young Farmers have developed skills in sheep shearing as part of a new competition run by the National Federation of Young Farmers’ Clubs (NFYFC) and British Wool.

NFYFC held its first-ever national final in Sheep Shearing at the Great Yorkshire Show on July 12, cheered on by crowds of spectators.

Participating YFC members had to have a Blue Seal qualification to compete in all stages of the competition – ensuring high industry standards were met.

Nearly 100 young farmers received Blue Seal training, thanks to discounted training offered by British Wool. The organisation also provided vests for all the competing young farmers to wear during the competition final.

Wales YFC member Dion Hughes proved his shearing skills were the fastest and the best on the day as he took home the winning trophy – beating 11 finalists from across England and Wales.

The 25-year-old from Uwchaled YFC in Clwyd, shears sheep on his family farm and also spends time shearing in Norway and New Zealand during the year.

Even though he is a competent shearer, Dion said he is still keen to get more training and urged others to learn more through British Wool courses.

He said: “You’re never too experienced to learn more about shearing. I did my Blue Seal training when I was 17 and I worked up to the next level.

One regret is I didn’t do enough courses through British Wool so I’m going to do some more so I can keep on improving.

“I’m really pleased to have won the competition.”

Gareth Jones, producer and communications manager at British Wool, said: "We're delighted to be supporting the Young Farmers and encouraging the next generation to learn this traditional rural skill.

"Well done to all the national finalists for demonstrating their skills in front of crowds at the Great Yorkshire Show and congratulations to Dion Hughes for winning the competition." 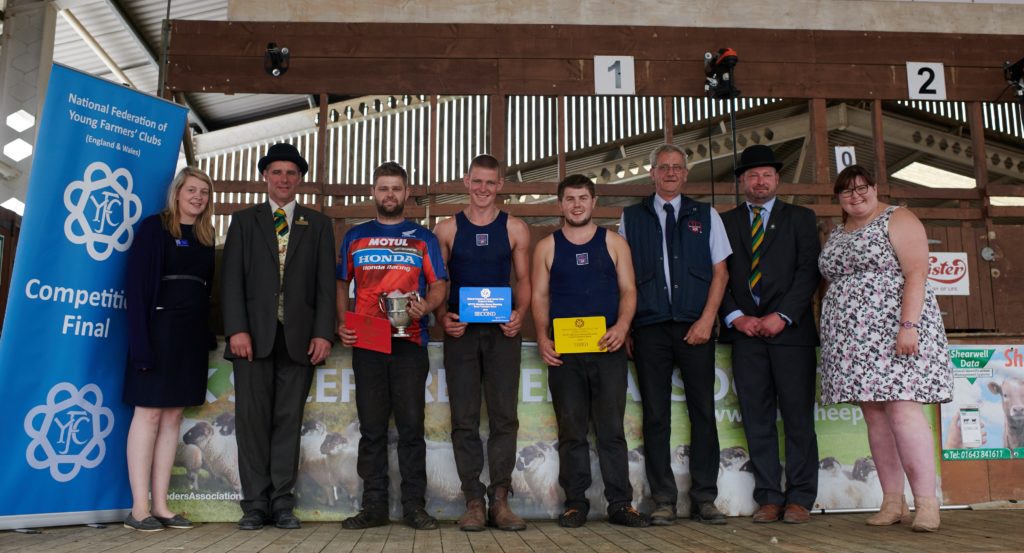 Sheep Shearing is part of NFYFC’s 2017-18 competitions programme that is open for all YFC members to get involved in.