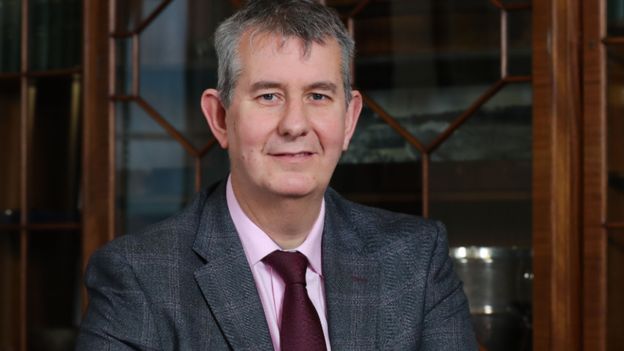 Minister Poots has no doubt had a mountain of paperwork and reports to read as he completed his first week in the job as the new Department of Agriculture, Environment and Rural Affairs (DAERA) minister – the first time the role has been filled in three years.

Speaking today (Tuesday, January 21) to agricultural journalists, he said tackling climate change and creating a sustainable agri-food industry was his number one priority.

But the minister was clear that this would not mean hampering productivity, explaining that he intended to reward farmers for productivity as well as for their environmental efforts.

The minister also hinted that support for suckler farmers could be on the way.

Growing up on a mixed farm outside Lisburn, with a cattle dealer father, Poots said he hoped for a “common sense” approach to many of the biggest issues facing Northern Ireland farms such as TB, cross-border trade and even slurry spreading.

“If we get to the point where we have a sustainable environment but no food to feed it with, that’s not very sustainable,” he said.

“We face many challenges and the environment is going to be a very significant one.

“Having a department of agriculture and environment together means we can work with the agriculture side, in particular, to reduce its carbon footprint.

“We hope there will be many ‘win-wins’ and we can assist farmers to reduce their ammonia and methane emissions, while at the same time allowing production to increase further.

If we don’t allow that to happen we will put farming into a recession and that’s not something which is for the benefit of the community, whenever approximately 10% of the population is reliant on farming.

Stay tuned to AgriLand for further updates from the newly-appointed minister.