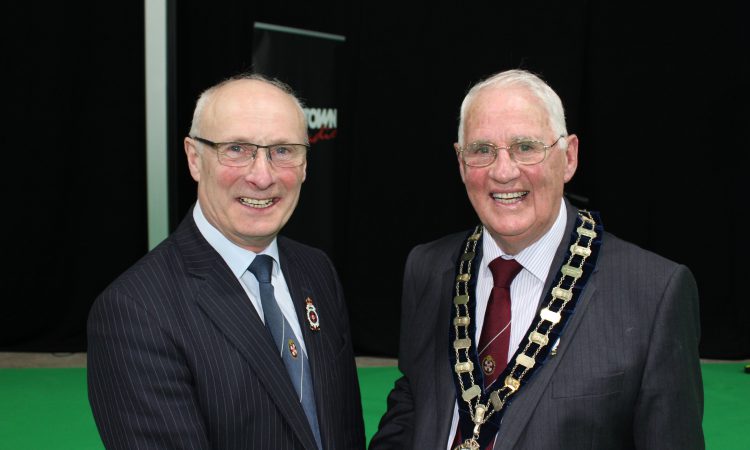 Co. Down farmer Billy Martin takes over the reins as president of the Royal Ulster Agricultural Society (RUAS) at a time of continuing change for the organisation. He has confirmed that the move to the society’s new home on the outskirts of Lisburn was the right decision to take.

“The Eikon Centre is now in place. Combined with the recently completed Dr. E.F. Logan Hall, it provides us with the largest covered exhibition facility on the island of Ireland,” he said.

“This is all extremely positive. Continued house building in the greater Lisburn area should bring with it the prospect of an improved road infrastructure for the region. This may well include a direct or indirect link from the M1 motorway into the showgrounds.

Our next major project at Balmoral Park will be the development of a signature building.

The new president confirmed the continuing development of the old King’s Hall site in Belfast.

“The house building work at the back of the old site continues apace,” said Martin.

There is growing expectation that the commercial development of the King’s Hall will get underway in the very near future.

Billy Martin assumes the presidency of the RUAS at a time of improving finances for the organisation.

“If we had remained at the King’s Hall the state of our books would have been extremely challenging by this stage,” he stressed.

Moving to Balmoral Park on the outskirts of Lisburn has provided the RUAS with a unique opportunity of forwarding its objectives for the future.

The last financial year, ending October 31, 2018, saw the society return net incoming resources on ordinary activities (before other gains and losses) of £1,391,643. The fixed assets of the RUAS and its associated group of companies are valued at £26,908,622.

Additions to the society’s tangible fixed assets during 2018 included the completion of its second exhibition facility, the Dr. E.F. Logan Hall, and further improvements to the Eikon Exhibition Centre and Balmoral Park.

This year’s Balmoral Show takes place between May 15 and 18. Ulster Bank is the principal sponsor of the event. 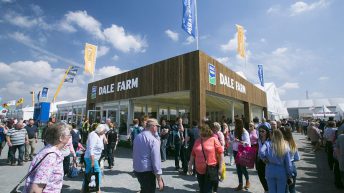