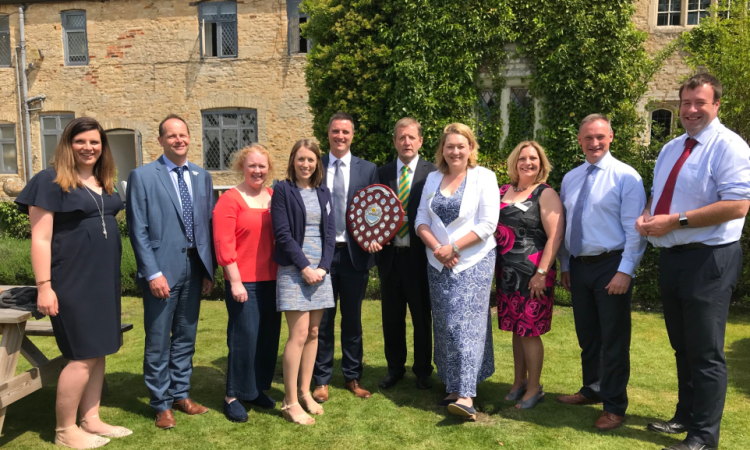 A group of staff, members and supporters of the National Farmers’ Union of Wales (NFU Cymru) has been recognised for its efforts in fundraising.

The group was awarded the Dennis Brown Shield by the Royal Agricultural Benevolent Institution (RABI) for raising £23,000 for the charity in a “grueling” ‘Hike and Bike Challenge’.

Representatives from NFU Cymru attended RABI’s annual meeting on Wednesday, May 15, in Oxfordshire to pick up award.

The challenge saw over 60 participants scaling the peaks of Snowden, Cadair Idris and Pen y Fan, with 29 cycling enthusiasts taking to their bikes to travel between the mountains.

For those who took on both challenges, this meant climbing more than 2.3km of mountain paths and cycling 210km; cyclists also had to face traveling uphill on their bikes an additional 2.7km altogether.

“This was an epic and extremely arduous challenge and everyone who took part deserves the highest praise for completing the event, often in atrocious weather conditions,” said Malcolm Thomas MBE, chairman of RABI.

Every single penny of the record sum raised will go to support the people we help, and on behalf of those people, I would like to record my most sincere thanks to [NFU Cymru director John Mercer] and his team for all their efforts.

Meanwhile, Mercer – who came up with the idea for the challenge – said “NFU Cymru is honoured to receive this prestigious award from the RABI Awards Panel.

“It was fantastic to see so many staff, members and industry colleagues joining us for the Hike & Bike Challenge and I would again like to thank all of those who took part on raising a fantastic sum of money that will make a real difference to this important charity,” added Mercer. 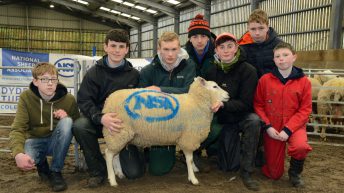