NI dealer wins ‘Tractor Sales Performance Award’, but which one? 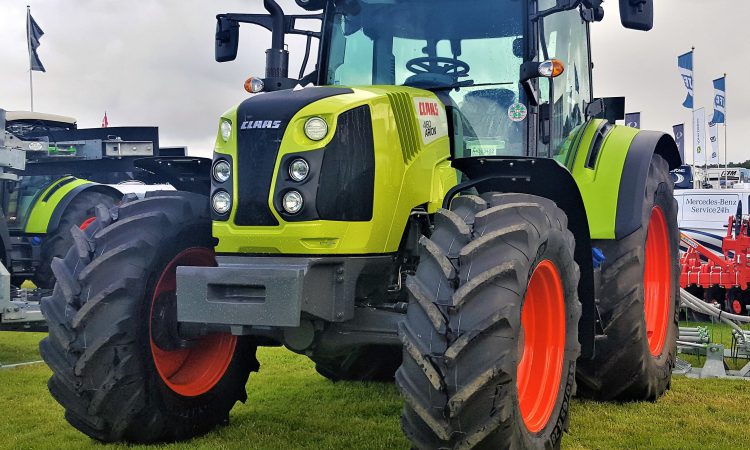 Claas has singled out dealers, from across the UK and Ireland, for accolades at its annual ‘Dealer Awards‘.

The announcements were made at a recent Dealer Council meeting, which was held at the Claas tractor factory in Le Mans, France. Dealers also visited the nearby testing centre at Trange.

One ‘Platinum’ and two ‘Gold’ Dealer Excellence Awards were announced. These recognise the “considerable investments” made by the dealers in training, parts and service support, as well as sales, finance and management.

The Tractor Sales Performance Award was won by a dealer from Ireland for the third year running. Ashfield & Wilson – a single-branch, family-run dealership based in Dungannon, Co. Tyrone – was announced as the overall winner in this category.

This award recognises the dealership that has achieved the highest level of tractor sales per branch in 12 months.

The second tractor award, the Tractor Sales Growth Award, recognises the dealer that has achieved the highest growth in tractor sales in the UK and Ireland.

This year it went to Riverlea – again a family-run dealership – operating from three branches across south Wales.

The highest ‘Platinum’ Dealer Excellence Award was presented to Claas Eastern, which has headquarters at Sleaford (England) and has a total of seven branches and over 100 employees.

“It is encouraging to see so many family-run dealerships receiving awards, as it reflects the obvious loyalty that these businesses have within their local farming community, and the success that this has brought them.”