NI farmers least likely in UK to want to retire

Fewer than one in seven Northern Ireland farmers plan on fully retiring and many do not discuss their later life plans with loved ones, according to a new study from the University of Exeter in collaboration with NFU Mutual.

Across the UK, 19% of farmers plan on fully retiring and those that do, retire at a later age than the wider population.

The figure was highest in Scotland where 25% of farmers surveyed said they planned to retire but lowest in Northern Ireland, where just 13.6% planned on leaving their wellies on the doorstep.

Over a quarter of farmers (27%) have not discussed later life plans with anyone at all.
The study involved almost 700 farms across England, Scotland and Northern Ireland and showed that the smaller the farm, the less likely the farmer is to retire. 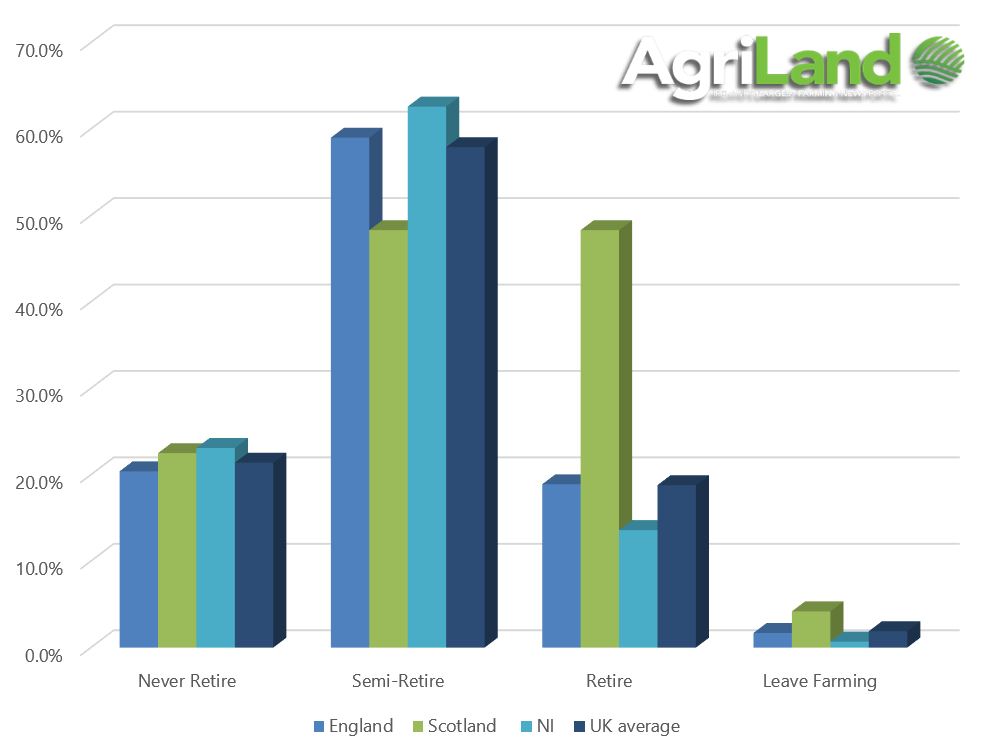 'A way of life and an identity'

The research was led by Prof. Matt Lobley, from the University of Exeter, who has 30 years of experience researching farm transfers.

“Farming is a way of life, and it’s an identity,” he explained. “Facing up to the reality of stepping back and being no longer in charge tends to put people off.

“It’s all a bit daunting; thinking about handing over management of the business – it reminds people they’re getting old.

There is much greater awareness of succession as an issue facing UK agriculture than there was 10 to 15 years ago, but there is still a very pronounced need to move beyond the awareness stage to actually encourage planning.

"That struck me as something the industry desperately needs to address.”

Whether they plan to fully retire or not, the survey found that 42.5% of farmers are planning to use income from their farm in later life.

Sean McCann, chartered financial planner at NFU Mutual, said: “Handing on the farm doesn’t have to mean giving away the ownership of all the assets on day one. It can be helpful to think about the management of the business and ownership of the farm as separate issues.

“The farmer could look to hand over more of the day-to-day management of the business while retaining the ownership of the assets to a later date.

One option favoured by a lot of farming families is to set up a partnership – which can give the younger generation a stake in the business.

A third of farmers over 65 had identified a successor who was 35 years or older.

A sizeable minority of farmers thus appear to be delaying retirement and retaining overall control of the farm even though they have a successor who could theoretically take over the reins.

Prof. Lobley said: “There wasn’t a lot of evidence that farmers were delegating or sharing decision making, and that’s an important part of the process.

“Farmers hang on to the chequebook into their 70s and you meet farmers in their 50s who have never signed a cheque before.

You have to gradually share decision making, so when the successor finally gets to run the farm as a business, they’re not thrown into the deep end.

“I try to tell farmers you can get rid of those parts of the job you don’t like, such as paperwork, or getting up at 4:00am for milking and stay involved in the things you do like.”

McCann added: “If you farm as a partnership or a company you also need the right agreements in place, together with your will, these make sure the ownership of the business ends up in the right hands at the right time.

Unexpected events can happen to any family, making sure that the business could continue to function should be a priority. Having a Power of Attorney is vital – it allows someone you appoint to ‘Step into your shoes’ and make decisions on your behalf if you’re unable to.

“It’s also important that the right income protection and life insurance is in place, so that if an unexpected illness or tragedy did strike that the family and the business are protected.”