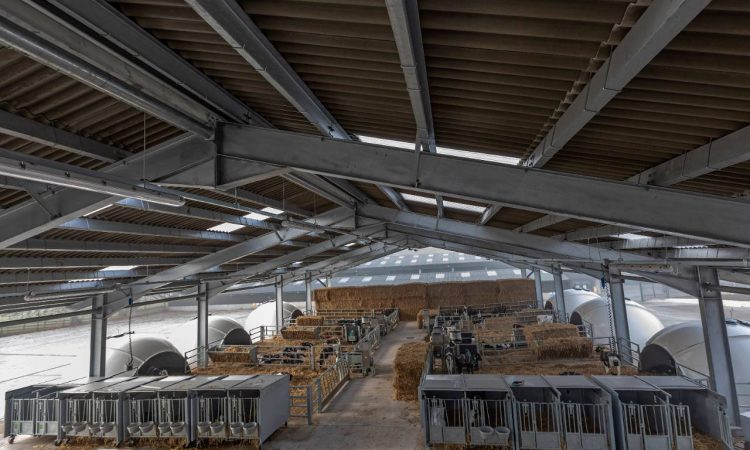 CAFRE researchers are exploring how farmers can take advantage of retailer focus on animal welfare within food production systems.

Alan Agnew, senior dairy development adviser with the College of Agriculture, Food and Rural Enterprise (CAFRE) said: “The good news for dairy farmers is that investments to improve dairy cow health and welfare can improve profits as well as meeting high standards.

“There is the potential to increase output and herd performance, and reduce costs associated with disease and animal losses.

“Ultimately we can have improved health and welfare, improved profitability, and reduced greenhouse gas (GHG) emissions and reduced use of antimicrobials – all drivers for long-term sustainability.

There are always improvements that can be made on any farm and in some studies, farms with poor housing environments have been estimated to cost up to £15,000/year for a 100-cow herd.

Agnew added: “The modern dairy cow is, in most cases, a significantly different animal than that milked 20 years ago when much of our existing housing was constructed. Increasing herd size has often made the situation worse due to overstocking.

“The trend towards housing cows for longer periods is now highlighting the shortcomings. Improving the comfort and welfare of cows and makes sound business sense.

“Discussions on cow comfort and welfare often focus predominantly on cow cubicles. But there is much more to it. In fact, all the varied design aspects of the animal environment are factors. Ventilation and air quality, water supply, passage surfaces, natural and artificial lighting, and social interactions all have an influence, and for all ages of stock.”

So, where do you start the improvement process?

Agnew recommends investments should ideally be guided by evidence.

He said: “A good starting point would be to look at the herd health and culling records. Why are animals being culled? What are the causes of the veterinary and health costs? Some of this should have been identified in the herd health plan and discussions with your vet and development adviser can help.

“Lameness, respiratory diseases, mastitis, poor fertility, and poor feed efficiency can all be associated with poor housing. “Having an independent third party assess and audit your livestock housing can identify areas for improvement.

“It’s not only about the physical environment though. Husbandry and practical management of the herd also have implications for the welfare and comfort.

For example, trial work in the USA, followed up at AFBI Hillsborough has shown reduced ‘bullying’ and significantly increased production when fresh calved cows are introduced to the milking herd in groups of five or more rather than individually.

“Recent trials have also shown the better growth rates of calves raised in pairs in pens rather than as solitary individuals.

“Having standard operating protocols for treatment of animals is a common practice on the best performing herds and ensures a standardised and effective response when properly prepared and reviewed with your vet.

“Replacements are typically the second-highest cost in milk production after feed costs.

An individual case of lameness in a dairy cow is estimated to cost £200, and every case of calf pneumonia costs at least £45/calf.

“These are just some examples of health costs that should prompt all producers to take a critical look at improving the health and welfare of their dairy enterprise.”