NI farmers warned All-Ireland PGI ‘may not be practical’ 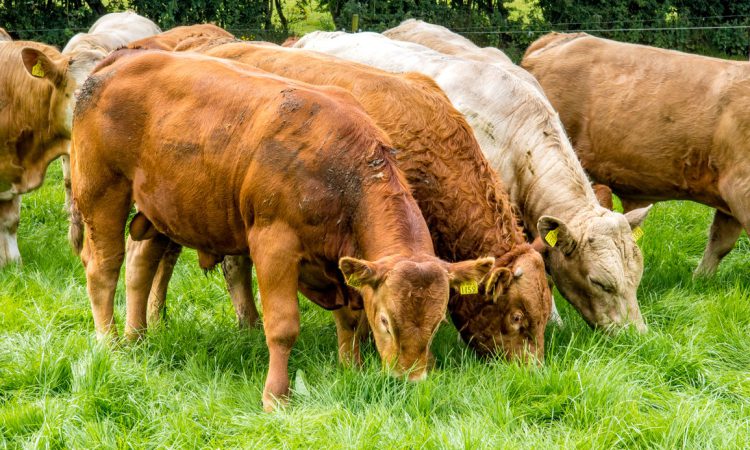 Officials are claiming it “may not be practical” to include Northern Ireland in plans for Protected Geographical Indication (PGI) status for Irish Grass-Fed Beef.

In a statement made to this publication, a spokesman for the Republic of Ireland’s Department of Agriculture, Food and the Marine (DAFM) confirmed stakeholders in Northern Ireland had expressed an interest in pursuing an all-Island PGI for Irish Grass-Fed Beef.

However, the spokesman added that the state did not intend on including Northern Ireland in its application.

“DAFM considers that a joint application may not be practical at this time, because Northern Ireland does not currently have a grass-fed verification system in place,” it read.

What would PGI status mean?

In a statement made to AgriLand, Stevenson said his organisation was in discussions with Bord Bia and with authorities to establish how farmers in the north could participate in the process.

If this principle can be agreed then the practical steps to verify the technical aspects of grass-fed beef in the Northern Ireland area can be worked through.

“It would be a good outcome for our industry if a PGI for Irish Grass-Fed Beef covering the full geographic area of the island of Ireland can be successfully registered with the European Commission and we look forward to further constructive engagement on this issue in the weeks and months ahead,” he said.

‘Whatever mechanisms need to be in place, should be put in place’

The West Tyrone MLA met with Bord Bia along with his southern counterpart Matt Carthy TD to discuss the issue.

“Agriculture is highly integrated across the island and our cattle are raised to exactly the same standards and specifications across the country,” he said.

“For example, this year alone we imported over 40,000 cattle from the south into the north by the end of August.

“The bid for inclusion in the PGI is supported by key stakeholders such as the UFU and LMC who have been engaging with Bord Bia and I understand that it may require a joint bid with Defra for the north to be included.

“Our farmers deserve this opportunity to position our local beef on the international stage as uniquely distinctive and of world-beating quality.

I also believe that in the context of Brexit and the real possibility of the British market prices collapsing due to trade deals with other countries, that our farmers need every help they can get to maximise other markets.

“There is no difference in the beef of an animal raised in Co. Antrim compared to one raised in Co. Cork – an all-island PGI for grass-fed beef makes sense.

“My colleague, Matt Carthy TD, will be raising this issue in the Dáil and with DAFM the new Agriculture Minister Charlie McConalogue.”

Irish Farmers’ Association president Tim Cullinan said he had been in contact with the Ulster Farmers Union concerning the issue.

“It is important, particularly in the context of Brexit, that we don’t create any unintended barriers to the movement of animals across the border. The concerns of Northern Irish farmers must be a factor in the process,” he said.

UFU president Victor Chestnutt said it was “vital” stakeholders in the Northern Ireland are included in the discussion.

PGI status would add value to the Irish brand helping to elevate our high-quality beef products at home and abroad.

“By working collectively with our ROI counterparts we can work through the technical elements of NI grass-fed beef to achieve an all-Ireland outcome,” he said.

A total of 22 submissions were received during the month-long national opposition procedure for the proposed PGI.

The next step is for the submissions to be considered by the department, and if it determines that it is appropriate for the application to proceed, a final version of the application documents will be published.

The Republic’s department will also consult with the Beef Market Task Force on the matter.

Following successful completion of this process, the application will then be submitted by DAFM to the EU Commission for further scrutiny.

If the EU Commission is satisfied that the application meets the requirements, the commission will provide an opportunity for other Member States and Third countries to engage in an opposition procedure. It’s at this stage, Northern Ireland may wish to object.

Any decision on whether PGI status will be granted depending on the outcome of the EU’s scrutiny of any opposition at that stage.