NI politicians to vote on Climate Change Bill on Monday 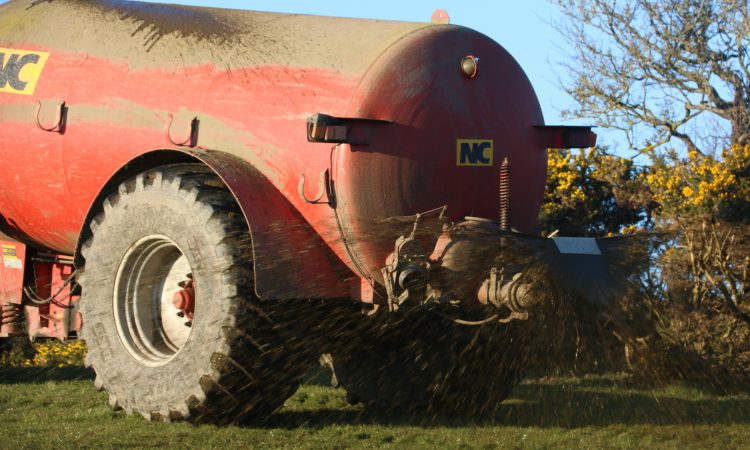 Northern Ireland politicians are set to vote on the Green Party’s proposed Climate Change Bill on Monday (May 10).

The proposed legislation has been brought forward by Green Party MLA Clare Bailey and will set a legally-binding net-zero target for Northern Ireland Greenhouse Gas emissions by 2045 should it be passed by MLAs.

If passed, it will go to the committees for further scrutiny before coming back to the Assembly for final consideration. Ultimately, all new bills need Royal Assent; however, the last time a bill was refused Royal Assent was in 1707.

It’s likely the Climate Change Bill will pass as it’s currently supported by the Ulster Unionist Party, SDLP, Sinn Féin, Alliance and some independents despite warnings it could decimate Northern Ireland’s farming sector.

It’s been criticised widely by farmers for setting targets that the agri-food sector will not be able to meet without substantially reducing livestock numbers and offers no suggestion what action would be required for the industry to achieve the goal.

Agriculture Minister Edwin Poots was among those to warn the Climate Change Bill would be “highly damaging” to Northern Ireland’s agri-food sector for “no overall global benefit”.

“The Climate Change Bill I’ve proposed sets credible, realistic and evidence-based targets, which aim to reduce greenhouse gas emissions in Northern Ireland by at least 82% by 2050,” he said.

“This is the level of target the Climate Change Committee have advised. Others have suggested that reaching net-zero by 2045 or even 2035 is achievable; however, climate change experts say that in order to achieve those targets Northern Ireland’s livestock sector would need to be significantly reduced.

“Even the most stretching tailwind scenario modelled by the Climate Change Committee, which entails a 50% fall in meat and dairy production in Northern Ireland by 2050 and greater levels of tree planting, is still not enough to get Northern Ireland to net-zero emissions by 2050.

“I will listen to the climate change experts as I always have, but I am also committed to do all I can to protect the 100,000 people involved in NI’s agri-food sector and protect our economy. Creating solutions that defend and develop our environment whilst at the same time, ensuring we have sustainable food on our tables is the goal.”

‘A step towards destroying one of our most successful industries’

The Ulster Farmers’ Union (UFU) is urging farmers need to take action “before it’s too late”.

“To date, these political parties have failed to recognise that in order to reach the bill’s key target, dairy and meat production would need to be reduced by over 50% – as outlined by expert scientists in the Climate Change Committee (CCC),” a spokesperson said.

“The UFU supports climate change legislation and the need to tackle emissions from agriculture but proposals must be fair and credible and backed by evidence – unlike this bill.”

UFU deputy president David Brown said: “If the bill gets through, it will become legally-binding. No one can predict what policies DAERA will have to put in place to meet the target but the experts on the CCC determined that NI contributing 82% to net-zero by 2050, will mean releasing 46% of agricultural land for forestry, energy crops and rewetting 150,000ha of peatland. Despite us explaining this to our MLAs, they wish to go further and faster setting a target of 100% by 2045.

“Every farmer needs to contact their local MLAs to voice their concerns about the bill to ensure there is no doubt as to how the industry feels about this poorly thought-out legislation.

“Climate change legislation is required in NI but we need a framework that is backed up with expert advice and allows local farmers to continue to feed the nation while reducing emissions on-farm without drastic livestock reductions.

“The UFU has met with all the political parties who support the bill to reiterate why their yes vote, would be a step towards destroying one of our most successful industries.

“It would see our food production being exported overseas and given our emissions are less than half the world average, we would be contributing to increased global emissions. It would therefore be counter-productive to combatting global warming.”

‘Is your local politician willing to throw farmers under the bus?’

Brown encouraged farmers to follow the debate online to see if their local politicians reflect the views of their rural constituents.

“To ensure we get the message across to our politicians that our farmers are not the main problem, that they are in fact the climate change solution, we need our wider membership to continue to raise their genuine concerns with local politicians,” he said.

“We urge our members to watch the debate online on Monday. By doing so, they will be able to see if their local MLAs took their concerns on board or if they are willing to throw their farmers under the bus.

“We recognise the science lead experts on the CCC, who understand what can be delivered and the disaster of exporting that responsibility,” said the deputy president.