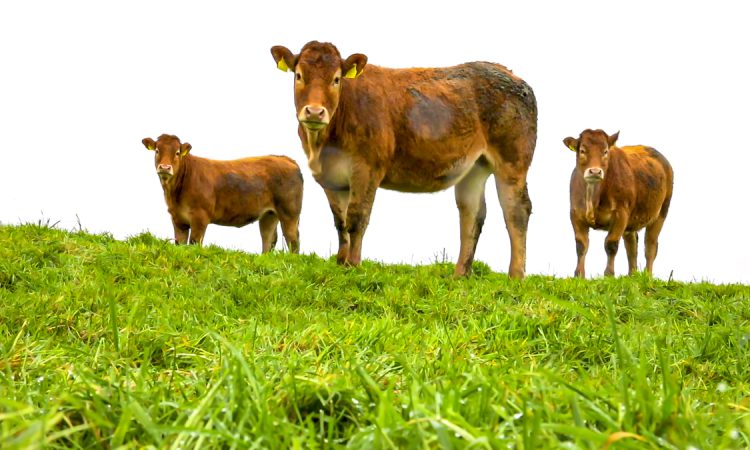 Northern Irish agricultural industry leaders have warned they could object to the Republic’s Grass-Fed PGI application should it persist in excluding northern farmers.

The Livestock and Meat Commission for Northern Ireland (LMC), the Northern Ireland Meat Exporters Association (NIMEA) and the Ulster Farmers’ Union (UFU) have joined forces to insist any application to grant “Irish Grass-Fed Beef” Protected Geographical Indication (PGI) status must include Northern Ireland from the outset.

Ulster Farmers’ Union (UFU) president Victor Chestnutt said launching an objection was the “last thing” he wanted to do. However, warned his priority was to represent the interests of Northern Irish beef farmers.

What Would PGI Status Mean?

The application has been prepared by the Irish Food Board (Bord Bia) but caused controversy after it failed to include farmers in the north of the island.

AgriLand has previously reported that if granted, stakeholders fear it could see Northern Irish farmers banned from using the phrase to market their beef.

The application is at a critical point, as the Republic’s Department of Agriculture Food and the Marine (DAFM) has indicated that it is getting ready to submit to the EU Commission for further scrutiny.

It follows the completion of a recent national opposition procedure in the Republic of Ireland.

If the EU Commission is satisfied that the application meets the requirements, it will provide an opportunity for other Member States and Third Countries to engage in an opposition procedure. It’s at this stage, Northern Ireland may wish to object.

Any decision on whether PGI status will be granted will depend on the outcome of the EU’s scrutiny of any opposition at that stage.

However, in a statement issued to AgriLand, DAFM officials are claimed it “may not be practical” to include the region and added that it would support the North’s participation in the PGI “at a later date”.

‘The right opportunity to join is now’

However, Northern Irish industry leaders say the region must be included in the plans from the outset.

LMC chief executive Ian Stevenson said: ‘There has been much coverage of this issue in the agricultural media on both sides of the border.

“Our farming and processing stakeholders in Northern Ireland are united in wanting to see this PGI registration succeed.

“It will be seen as welcome recognition and protection for the excellent credentials and quality of our grass-fed beef which is widely known in the marketplace whether it’s from Limavady or Letterkenny.

Where our industry has a very real concern and legitimate interest about this particular application going forward without Northern Ireland inclusion at the outset, is what guarantees and comfort can the industry take from joining the PGI at a later date when the right opportunity to join is now.

‘The only logical way to proceed’

“Our members have made it very clear from the outset that they want to be part of the Irish Grass Fed Beef PGI. We were shocked to see reports in the ROI asking if NI had a genuine interest in being part of it,” he said.

“Not only has NI repeatedly expressed its desire to be included from the start, submitting an All-Ireland application is the only logical way to move forward with the process, and we were very disappointed that DAFM and Bord Bia continued to draft the submission without our involvement.

“The gaps in our verification systems are not vast and are being currently worked upon.

“Therefore, we urge DAFM and Bord Bia to include NI from the get-go to prevent setbacks and help ensure a simple and straight forward process.

The last thing we want is to have to object to the ROI’s application, which would be in no one’s best interests. However, we are working on behalf of our NI beef producers and our priority is to ensure that they can remain on a level playing field with those in the ROI and can receive a fair, economical return for the high-quality product they produce.

“Grass-fed beef production on the island of Ireland is renowned and the industry – North and South – benefits from, and relies upon this reputation, particularly in European and global markets,” he said.

The protection of the NI industry in its use of its Irish grass-fed identity is essential.

One of the world’s longest-running assurance schemes

Concluding, Ian Stevenson added: “Unfortunately, we have a long history on the island of Ireland of not cooperating as well as we should across the border when it comes to the registration of PGI’s in the beef and lamb sector, and lessons need to be learned from previous exercises.

“It is essential that this application gets the best chance of success when it is entered into the necessary EU processes of scrutiny and opposition.

The Northern Ireland beef industry already has a wide range of robust systems in place, such as the world-leading APHIS traceability system and one of the world’s longest-running Farm Quality Assurance Schemes for beef and lamb.

“When you look at the investments which the beef industry and government have made over the last two decades in initiatives such as GrassCheck to monitor grass growth and utilisation and the Bovine Information System (BoVIS) to integrate data and monitor animal performance, it is clear that our beef sector won’t be found wanting when it comes to putting any additional procedures in place that may be needed for the PGI grass-fed beef verification.”

Both Bord Bia and DAFM have been contacted for a response.