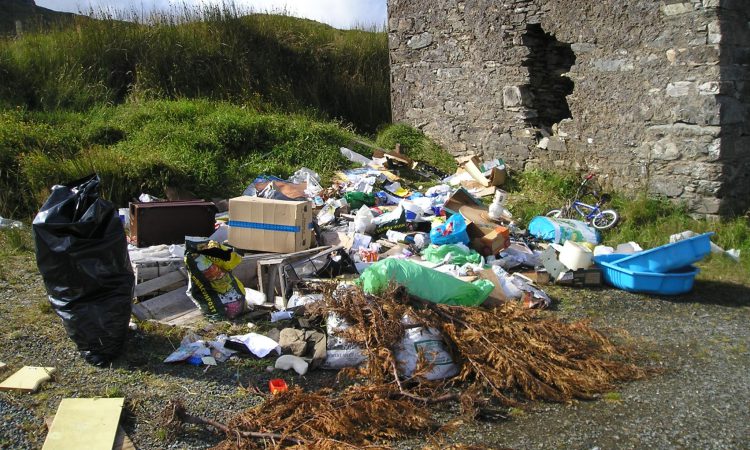 Less than a quarter of fines paid to the Department of Agriculture for waste crimes such as fly-tipping are reinvested in cracking down on illegal dumpers in Northern Ireland.

The issue has been previously described as a “blight on the countryside” with rural organisations across the UK and Ireland warning of an increase in cases since the pandemic began.

As a consequence of Covid-19’s disruption, no waste crime cases have been brought to court in Northern Ireland over the last year.

Members of the Stormont Agriculture Committee heard on Thursday (March 18) that over the last five years the department had issued confiscations orders totalling £868,000, fines totalling £144,000 and £57,000 worth of fixed penalty notices.

Mark Cherry, from NIEA’s enforcement branch, explained removing the proceeds of crime from offenders had been a central strand in the department’s strategy.

“The process sends the clear message to offenders: ‘Crime doesn’t pay’,” he said.

The motivation of those involved is mainly financial gain – or financial saving – mainly concerning larger scale organised criminality, with other factors such as laziness, proximity to local amenities and the simple disregard for the environment playing a part.

The Department of Agriculture, Environment and Rural Affairs (DAERA) has the power to investigate offender’s finances ties where it believes they have profited from waste crime or where a link is suspected to other crimes such as money laundering or fuel laundering.

“In addition to the crime prevention message, DAERA is party to the asset recovery and stabilisation scheme – a scheme administered by the Department of Justice,” Cherry said.

“Under the scheme, DAERA recovered 22.5% of all paid confiscation orders on can be used to drive up asset recovery or otherwise to fight crime and in line with Section, 96 of the Justice Act or in 2011.”

It means that despite the seizure of £868,000 of goods linked to waste crime, just under £200,000 of this money was reinvested in tackling the issue.

The money has been invested in waste crime training, Crimestoppers campaigns, valuations of land or property, purchase of equipment and the licencing of software for financial investigation and intelligence functions.

“Whilst the department is not reliant on incentivisation monies to maintain its supporting function, the income has been of significant benefit in previous years,” Cherry concluded.