Home » N.Ireland » NI’s new bovine TB strategy: What does it mean for farmers and what are the next steps?

NI’s new bovine TB strategy: What does it mean for farmers and what are the next steps? 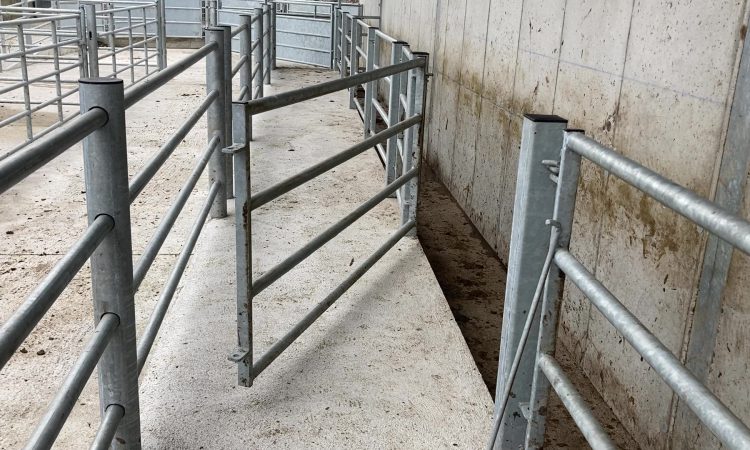 Northern Ireland’s Department of Agriculture has announced plans to introduce a swathe of ramped up biosecurity measures as part of its proposed new strategy to tackle bovine TB.

A cap on compensation rates of £5,000/animal is currently under consideration while changes to the criteria for the use of the interferon-gamma blood test are set to come into effect by the end of March.

Meanwhile, new powers will mandate the testing of some non-bovine animals, such as deer and camelids, in holdings where cattle are not present.

The department will also establish the first of its three proposed Regional Eradication Partnerships (dubbed ‘REPs’) for bovine TB.

The measures will be phased in gradually, with the first set to be introduced before the end of the year.

Prior to the launch of the consultation, the department has already brought in improved disease surveillance at abattoirs, increased interferon-gamma blood testing for bTB and a more stringent interpretation of the TB ‘skin test’.

Disease Response Teams (DRTs) will also be introduced as and when required to respond to local hotspots.

The regional groups (REPs) will work collaboratively with officials stakeholders in their areas to monitor disease incidence levels and action and will feedback advice to the TB Eradication Partnership (TBEP).

The groups will also help to disseminate information regarding the implementation of the bTB Eradication Strategy to stakeholders.

One of the biggest changes is a significant uplift in the level of gamma interferon blood testing, with the number of test carried out set to almost double over the next three years.

The increased regime is set to come into effect by next April. Earlier this year, Agriland reported that plans are currently underway to establish a specialist interferon-gamma testing laboratory for bovine TB in England.

Currently, testing capacity in Northern Ireland sits at around 23,000/year. However, this figure will increase to 45,000. The test is currently offered on a voluntary basis; however, changes will see it become compulsory for herd keepers to allow their animals to be tested should it be considered necessary.

The strategy explains the rationale behind this is to ensure all cattle infected with bTB are detected and removed from the herd as quickly as possible.

The testing will be mainly used on herds where a residual infection is suspected. Those with multiple reactors in a single test will be prioritised for gamma interferon testing during which all animals aged over six months will be tested.

Gamma interferon testing will also be used where atypical skin test results have been found or fraud suspected.

However, large herds with more than 250 ‘at risk’ animals aged over six months will not be sampled in the early phases of the scheme due to lab capacity constraints.

Conversely, very small herds, for example, less than 10, may be more likely to be considered for depopulation rather than undergo interferon-gamma testing.

Beef finishing herds, where cattle are typically sold direct to slaughter will also be excluded from the interferon-gamma testing programme.

Gene sequencing work will also be carried out to trace the prevalence and spread of individual strains of the disease. It’s hoped this will improve understanding of how bTB passes between animals and species in Northern Ireland.

Research has indicated up to 40% of all TB reactors are found in persistently infected herds.

Officials will establish criteria for what they consider a ‘persistently infected herd’ and develop a plan for how to help these farms.

Herds will be required to cleanse and disinfect their facilities before restocking but a ‘risk-based approach’ will be taken to determine whether testing is required prior to restocking.

The department will consider changes to allow limited movements of animals off farms which have been subjected to movement restrictions for an extended period.

It’s hoped this will ease the financial burden of farms closed with TB and avoid animal welfare issues associated with overstocking.

The changes will mean that under certain circumstances, animals will be able to move to ‘Alternative Control Herds’ for finishing. These farms will be required to adopt significantly enhanced biosecurity measures and animals will not be permitted to be put out to grass.

The importance of good biosecurity practices was also stressed in the strategy.

The strategy makes six recommendations to improve the management of herd health.

A further proposal to introduce classifications for herds will be kept under review.

The consultation will run from July 16, until September 10, and can be accessed here on the DAERA website.

More detail and analysis on this breaking news story to follow on Agriland.