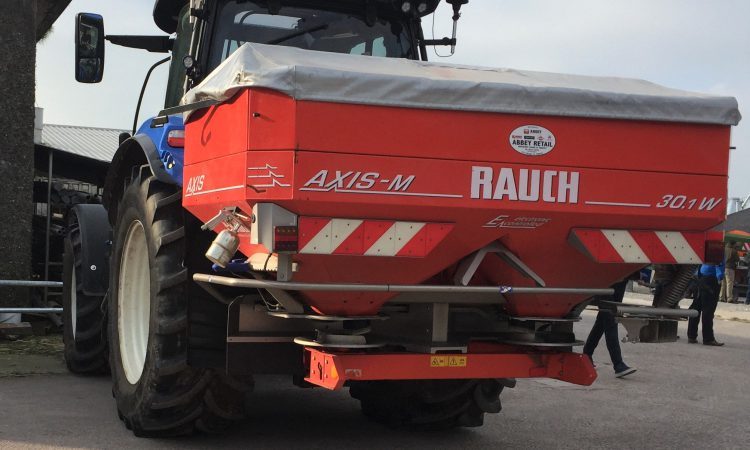 Key target measures have been drafted as part of NI’s new river basin management strategy to crack down on water quality issues resulting from chemicals and pesticides.

The report also recommends the establishment of a regulators forum for chemicals and pesticides to ensure a collaborative approach to regulation and enforcement, as well as an amnesty scheme for the disposal of old pesticides which are no longer permitted.

Targets will also be set to tackle issues relating to abstraction, fisheries and morphology, non-native invasive species, forestry, and waste and contaminated land.

The proposals were made in a draft version of the region’s new River Basin Management Strategy published by the Department of Agriculture, Environment and Rural Affairs (DAERA).

Starkly, the report showed Northern Ireland had failed to make any significant progress towards its river basin water quality targets over the last six years.

The new plan identified nutrients attributed to agricultural land use activities and sewage as the main pressures expected to act upon the region’s water quality over the next six years.

Other pressures highlighted include landfill sites, domestic water use, and business and manufacturing.

The new strategy takes the form of a single plan covering all three river basin districts in Northern Ireland, rather than three separate strategies as in previous years.

An analysis of phosphorus (P) within the Northern Ireland agri-food system published last year found that over 60% of the region’s P losses to water bodies originate from agriculture.

It also found a regional P imbalance between demand and supply, with supply far exceeding demand, resulting in P efficiency of 38% in the food system.

To tackle the run-off from agriculture, DAERA has proposed rolling out soil testing and LiDAR surveys across Northern Ireland with the aim of introducing localised targets on phosphorus use.

The Upper Bann Catchment soil pilot scheme sampled a total of 1,613 farms and almost 30,000 fields across Northern Ireland in 2017-18, and was supported by workshops for farmers on the importance of soil nutrient management and soil fertility.

Soil testing and run-off risk mapping identified areas with high source pressures and connectivity to water bodies so that farmers in these areas are able take additional precautions and plan mitigation measures.

The project revealed significant nutrient management issues in the catchment, with lime deficiencies and low potassium (K) resulting in underperforming grasslands and surplus phosphorus (P) in around 40% of fields sampled.

The results were also linked to long-term water quality monitoring in the catchment and showed strong correlations between the proportion of catchment area with above optimum soil test P, the area with high run-off risk and P concentrations in the rivers. The new draft strategy proposes using these findings to introduce environmental targets in catchment areas.

The strategy also proposes changes to the reporting of status for surface water bodies to make it easier to see where the failures in water body status are.

The new methodology will include an assessment of the new priority substances as part of a ‘chemical status assessment’.

For the first time, the presence of ubiquitous, persistent, bioaccumulative, toxic substances (uPBT substances) will be assessed as part of chemical status. Although a number of these chemicals are now banned or have restricted use their widespread use in the past has resulted in their accumulation in the aquatic environment.

To allow comparisons with previous years, overall chemical classification will be presented both including and excluding uPBT substances.

Crack down on cypermethrin

One key chemical of concern is the insecticide cypermethrin, which will now be assessed as part of the new chemical classification. As a result, there will be more failures in chemical status for water bodies, but they are due to stricter assessment methodology rather than a deterioration in chemical water quality.

A number of lakes were included in monitoring for cypermethrin in 2015 and 2018, with all tested reported as ‘high chemical status’.

Cypermethrin was not analysed at every lake but every lake for which it was tested failed, resulting in moderate status for those lakes.

Cypermethrin is an insecticide and mostly used to control a range of pests in both arable and livestock farming, but is also used in homes in consumer products.

Even very small concentrations have been identified to be of concern to lake ecology, resulting in a maximum allowable concentration of 0.6ng/L set for freshwaters.

However, while there is concern about its effect on the environment, the cypermethrin levels found in Northern Ireland lakes remain well below the acceptable daily intake for human health, and are, therefore, not considered to be an issue for drinking water.