Northern Irish farmers can spread slurry beyond the closed period of October 15 in exceptional circumstances, the Department of Agriculture, Environment and Rural Affairs (DAERA) has announced.

However, such cases will be dealt with on a case-by-case basis.

The north’s Minister for Agriculture, Michelle McIlveen said she understands the difficulties caused by the recent wet weather including increased costs associated with worsening land conditions and housing of animals earlier than usual.

She acknowledged that farmers face increased difficulties with getting machinery onto land and that the weather also affected silage and arable crop harvesting and the emptying slurry of tanks before the deadline for the closed period.

I understand that the recent wet weather has created difficult circumstances for farmers – especially in the north and west.

“I am aware that a number of calls have been made for farmers to be granted a dispensation to spread slurry during the closed period which comes into force on midnight on Saturday 15 October,” she said.

However, there is no legal provision in the Nitrates Action Programme (NAP) Regulations Northern Ireland (2014) to grant a complete waiver, according to Minister McIIveen.

Despite this, the Minister wanted to make it clear that under exceptional circumstances, beyond the control of and not foreseeable by an individual farmer, a defence may be made for non-compliance.

“I believe that the challenges faced by some farmers over recent months as a result of high rainfall and the severe winter conditions in 2015 have been exceptional.

Therefore where a farmer has reasonable cause to spread after the end of the season, the farmer will be able to spread.

Cases would be considered by the Northern Ireland Environment Agency (NIEA) on a case-by-case basis and must be evidence based showing that the farmer had taken all reasonable steps to manage the situation and was left with no alternative.

“I would encourage farmers who are experiencing particular difficulties to speak to either their DAERA Advisor or local farming organisation”.

The closed spreading period, from October 15 to January 31, is a mandatory requirement of the Nitrates Directive. 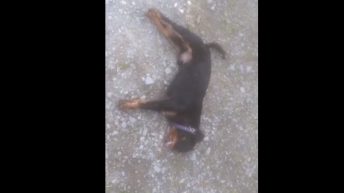