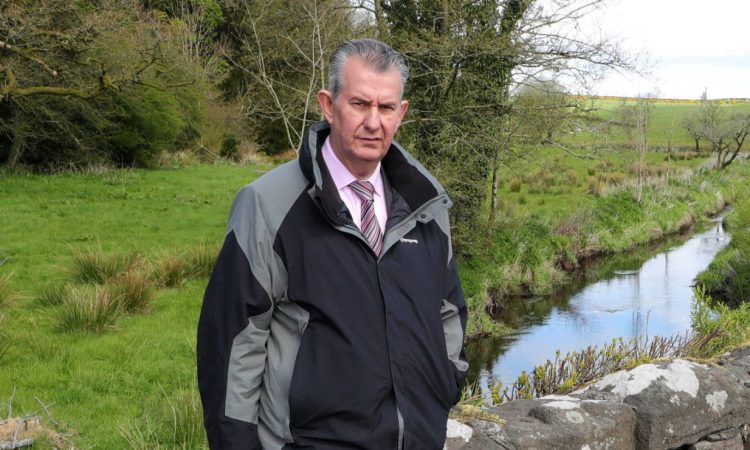 Northern Ireland’s Agriculture Minister, Edwin Poots, has resigned as leader of the Democratic Unionist Party (DUP), after just three weeks in the role.

He is stepping down as party leader after several weeks of internal crisis within the DUP.

Poots had taken over as leader of the DUP after former leader Arlene Foster announced her resignation on April 28.

At the time, the agriculture minister had described the role as DUP leader as the “greatest honour” of his life.

There has been several weeks of discontent within the DUP culminating in much dissatisfaction in the nomination by Minister Poots, of Paul Givan as First Minister this week.

Many DUP members were against the nomination of Poots’ friend to the role, amid a commitment by the British government to introduce Irish language legislation.

Many see the move as conceding to a Sinn Féin demand, in order for that party to re-enter power sharing at the Stormont Assembly.

Last evening (Thursday, June 17) Edwin Poots was called before a meeting of the ruling officers of the party.

After several hours of discussion, the minister announced that he would step down as party leader, 21 days after taking up the role.

In a statement Minister Poots said: “I have asked the party chairman to commence an electoral process within the party to allow for a new leader of the Democratic Unionist Party [DUP] to be elected.

“The party has asked me to remain in post until my successor is elected.

“This has been a difficult period for the party and the country, and I have conveyed to the chairman my determination to do everything I can to ensure both unionism and Northern Ireland is able to move forward to a stronger place,” he added.

A meeting of the North-South Ministerial Council, which was due to take place in Co. Armagh today, has been postponed in light of the announcement of Poots’ resignation.

While internal DUP wranglings have dominated headlines relating to Minister Poots in recent weeks, the agriculture minister is still committed to his farming portfolio.

Yesterday, he also announced that Department of Agriculture, Environment and Rural Affairs (DAERA) officials will carry out a reduced number of cross-compliance inspections during the 2021 Basic Payment Scheme year.