North’s farmers must be highly efficient against volatility – Danske Bank 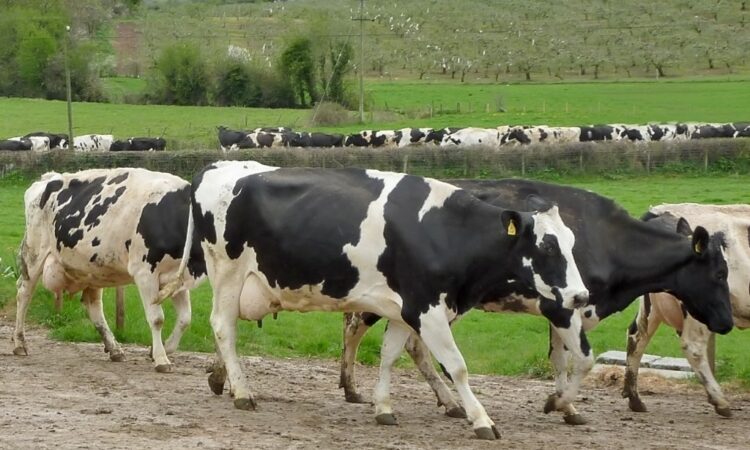 Farmers and food producers in Northern Ireland must be highly efficient if they are to overcome challenges caused by ongoing global volatility in 2016, according to Danske Bank.

The bank’s Agri-Economic Outlook Breakfast held recently in Belfast, also heard that farmers must focus on factors within their control to overcome volatility challenges.

Danske Bank has said that the agri sector is facing “multiple threats” in 2016, with the pressure on milk prices and uncertainty around Brexit of particular concern.

The EU is a major export market for Northern Ireland’s food manufacturers and the bank said a Brexit could potentially hinder growth in the local industry if agriculture does not remain a priority sector.

Speaking at the briefing Danske Bank’s Head of Agricultural Relations John Henning said that with the challenges of 2015 continuing into 2016, the agriculture sector must play to its strengths, be ambitious and look at innovative new ways of dealing with global price volatility.

Henning said that while farmers can’t influence the weather or commodity prices, they must maintain their focus on what happens inside the farm gate.

“Our farmers need to focus on what is in their control.

“They can’t control the global price of milk or beef, but farmers can focus on what they can control at farm level.

Henning added that industry downturns and political support for the agricultural sector remain a constant challenge.

“It was recently reported that farm incomes in Northern Ireland had fallen by over 40% in the last year.”

The Brexit uncertainty also looms on the horizon and we still require clarity on the levels of future agricultural support and an alternative policy to the current CAP.

“That said, we know that local farmers and producers are extremely resilient to change and Danske Bank is committed to supporting them as they strive to succeed in 2016.”

“Danske Bank is forecasting growth of around 1.9% for the agriculture sector over the course of the next year and around 1.2% in 2017.

“We expect the global economy to grow by 3.3% this year and 3.5% next year as the world’s largest economies continue to grow.

“Chinese growth is expected to stabilise at 6.7% and the US should grow by roughly 2.5%. It is encouraging too that one of our main export markets, the Republic of Ireland, is now the fastest growing economy in Europe.”

However, McGowan said that we have had a volatile start to the year in global markets and the strength of Sterling against the euro means there continues to be pressure on local exporters.

“Milk prices, like most commodities, continue to be depressed and that shows no sign of changing in the short term. However Danske Bank anticipates commodities in general to stabilise in the second half of this year.

“A potential Brexit could also have a bigger impact here than in Scotland, England and Wales as we in Northern Ireland get more money per capita from Europe than them.

“We estimate the direct financial implications at £371m a year in terms of lost CAP and structural funds.

“It has not yet been made clear that agriculture, in the event of a Brexit, will be a priority sector for the UK government.”