AHDB is reporting that an automated spore trap developed by researchers could “revolutionise” disease monitoring in agricultural crops.

The device, which was developed as part of an AHDB project led by Rothamsted Research, provides near real-time information on the presence of airborne spores. It’s hoped it could potentially help farmers target fungicide applications better.

Several DNA-based methods to detect airborne spores of key crop pathogens were also developed or improved in the project.

The ‘DNA auto spore trap’, which was developed with the Burkard Manufacturing Company, is mains-powered and can issue regular alerts on the presence of spores that could affect nearby broad-acre crops.

The device has capacity to sample high volumes of air and can collect spores as small as 4µm efficiently.

Once collected, the spores are disrupted to release DNA for identification by a series of ‘in-trap’ laboratory tests. Results are then sent wirelessly to a server, thanks to an internal 4G router.

Jon West, who led the project at Rothamsted Research, said: “This technology is in its infancy, but its potential power is incredible.

The trap can test for the presence of up to three different pathogens in the sample each day. Weather data, collected by an on-board met station, can also be sent by text every 10 minutes.

New tests have been developed for the following pathogens:

The tests can be used in the spore trap, portable assay machines and diagnostic labs.

The researchers have also developed tests to detect for changes to fungicide insensitivity in the pathogen that causes septoria in wheat – Zymoseptoria tritici. The tests, which can identify populations with reduced sensitivity to DMI and SDHI fungicides, can only be used in laboratories at present.

“Proof of concept has been established and the first commercial machines are likely to be available in the near future.” 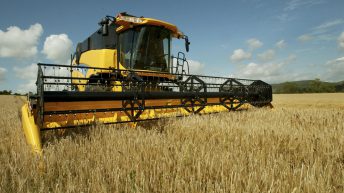