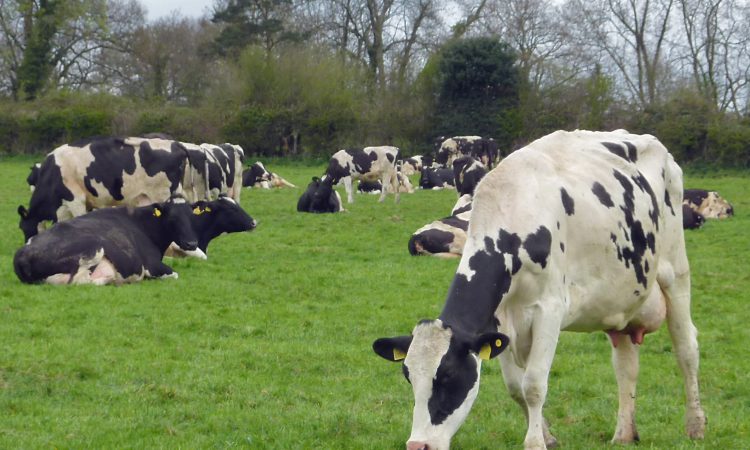 The number of complaints made about animal welfare on Northern Ireland farms fell in 2017 while complaints regarding non-farmed animals rose.

The figures were released today as the Department of Agriculture, Environment and Rural Affairs (DAERA) published its Animal Welfare Service Delivery Statistics Bulletin 2017.

It showed that during 2017, 1,330 farm inspections for animal welfare requirements were completed. The inspections include a mix of risk-based and randomly selected sites. The overall compliance rate was 94%.

This was an improvement of 4% when compared with the year before. 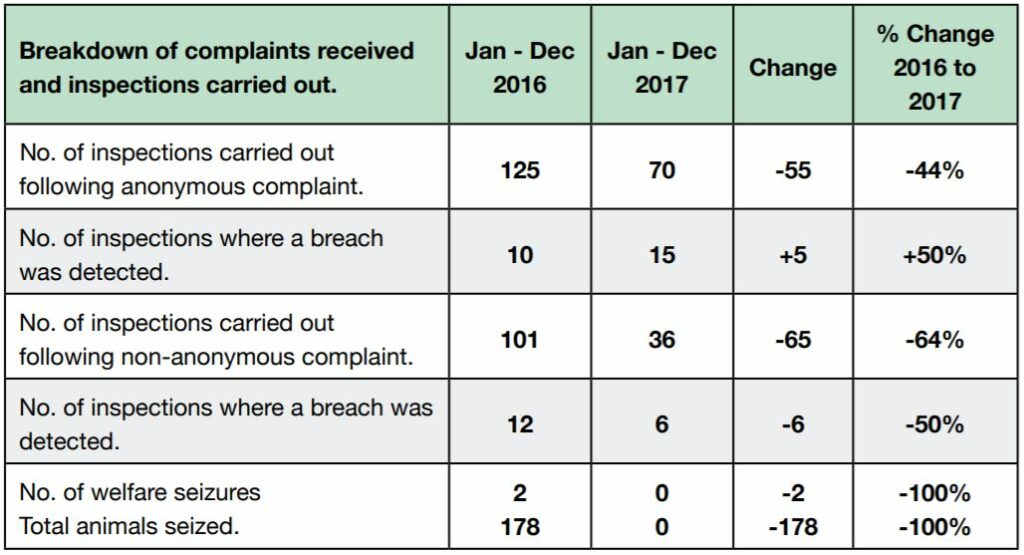 Another plus point was that in 2017 the department was not required to seize any animals in Northern Ireland. It compares to 178 farm animals seized the year before.

Head of Animal Health and Welfare policy in DAERA, Jackie Robinson said: “This is the second annual report to be published by the Department which continues to highlight the issue of animal welfare and demonstrates the work undertaken by the three enforcement bodies: DAERA; local councils; and the PSNI in 2017.

Furthermore, a report last year showed that just one in 10 animals welfare complaints made against farmers were justified.

How animal welfare complaints are handled

The three bodies that are responsible for the enforcement of animal welfare legilation in Northern Ireland are:

The number of complaints is reflected in the follow-up action taken such as an increase in:

The report also indicates that all three enforcement bodies did not hesitate to progress animal welfare cases or to take action to deal with offences committed.

Jackie Robinson added: “Obviously, prevention is better than cure when it comes to the mistreatment of animals, and the vast majority of owners and keepers comply with their duty of care.

These figures show that, when animal welfare cases arise, enforcement bodies will investigate and impose penalties where appropriate, and do so in partnership with the wider authorities.

Patricia Allen, chairman of the Local Government Animal Welfare Project Board, said: “Councils give a high priority to the welfare of domestic pets and horses, and operate a rigorous enforcement policy to ensure full compliance of regulatory requirements.

“Although the increase in the total of complaints received from the previous year was relatively small, there were 9,189 inspections carried out during 2017 and over 2,400 animals were assessed by council animal welfare officers.

“Faced with this level of activity, councils have utilised the full range of enforcement options to achieve the best outcomes, including where appropriate, prosecutions and disqualification from keeping animals.”

Superintendent Brian Kee, the service lead for rural and wildlife crime in the PSNI, said: “The Police Service of Northern Ireland continues to take the responsibility for criminal activity with links to animal welfare seriously.

“The PSNI will continue to work with our partners in DAERA and councils to ensure those responsible for animal cruelty are investigated accordingly.”