Oilseed rape area increases for the first time in 7 years

The area of oilseed rape planted in England and Scotland has increased for the first time in seven years – up 9% on last year.

The figures were released today as part of the findings of the Agriculture and Horticulture Development Board (AHDB) 2018 Planting and Variety Survey.

The survey of 6,832 farms also showed a continued trend for declining GB wheat area, but an increase in the area of spring barley.

The increased area for 2018 is arguably a reflection on how poor planting conditions were for harvest 2017.

“The continued trend for a declining GB wheat area, combined with lower stocks and the current dry conditions could leave the 2018/19 domestic supply tight once more.”

The oilseed rape area in England and Scotland has risen for the first time in seven years to an estimated 608,000ha.

The significant area increases are in the Eastern and South-East English regions, which recorded particularly sharp declines in 2017.

Due to a low Welsh survey response rate for oilseed rape, AHDB is unable to provide an area for Wales and therefore, a GB area.

However, across the previous five years, Wales has represented less than 1% of the British oilseed rape area.

Elgar, a variety recommended for the East and West regions in 2018, continues to represent the largest proportion of the oilseed rape area, rising to 14% of the English and Scottish area.

At 9%, Campus accounts for the second highest area, followed by DK Extrovert, with 8%. 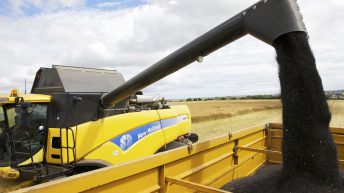