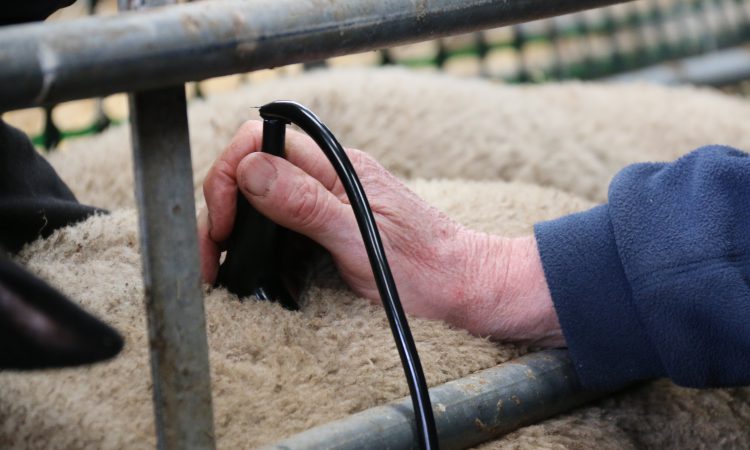 Performance recording is an opportunity Northern Ireland’s sheep sector can no longer afford to ignore, according to industry advisors.

A recent webinar run by AgriSearch, in partnership with AFBI, CAFRE, AHDB and Sheep Ireland, explained as well as boosting efficiency and profitability, performance-recording could also hold the key to reducing the carbon footprint of the national flock.

The value of performance recording

Dr. Aurélie Aubry explained the Northern Irish sheep sector was missing out in around £500,000/year in potential benefits.

Samuel Boon, manager of Signet Breeding, agreed, adding: “The reason that [recording] is such an important investment is because it creates permanent and cumulative change within our population. So selective breeding year-on-year, unlike changes in let’s say nutrition or health, can create a permanent shift in performance.

There’s an element of chicken and egg – if the information isn’t available, producers won’t be using it. However, if producers aren’t using it, then pedigree breeders aren’t incentivised to get involved in recording – and that’s a challenge that we need to work towards.”

She explained the RamCompare research project carried out at the institute had showed high EBV lambs consistently weighed heavier, with an average daily gain of 274g from birth until weaning compared with 265g for the low EBV group.

From birth until slaughter, daily gain averaged 199g for the high EBV group compared with 192g for the low EBV group.

The lambs had a target slaughter live weight of 45kg meaning the high EBV group reached their finishing weight on average 10 days earlier than the low EBV lambs.

The research was carried out by artificially inseminating ewes with sires that were either high or low EBV for muscle index.

Ultrasound scanning was carried out at 14 weeks for muscle depth and fat depth, and a CT scan was carried out at 16 weeks on a group of lambs to get the relative proportion of muscle, fat, and bone of the lambs. The scanning also found that the finished high EBV lambs had increased muscle weight and lower fat.

“We only use recorded rams, so we would have expected larger differences if we had been able to compare a recorded ram versus an unrecorded, or commercial stock ram, for example,” Dr. Aubry explained.

There are some modelling studies that have shown selecting for lamb growth rates and muscle depth will reduce the greenhouse gas emissions which are needed to produce the lamb. So the work is telling us that it has an effect on the flock carbon footprint.”

He explained 5* flocks had around a 5% reduction in carbon emissions per kilo of lamb output compared to 1* flocks.

“That is coming purely from the efficiency side of things. We are only in the process of starting to record methane outputs so we haven’t necessarily been breeding for lower methane emissions prior to this point,” he said.

“As time goes on, I think it will be a real tool in the arsenal to reduce the emissions at a farm-level.”

McDermott said the next stage of the project in the Republic of Ireland would involve ranking animals based on their methane emissions.

Getting NI farmers on board

However, despite data showing its value, many Northern Irish farmers remain hesitant to begin performance recording.

Dr. Aubry said: “It might also be that a lot of our flocks are quite small, so many farmers might think that it’s not worth their while investing in a recorded ram.

“As a result of that, however, there is a very low rate of genetic progress despite the financial benefits that we know come as a result of using recorded rams.”

She also said some farmers might be unsure of which trait EBV is best suited to their flock.

CAFRE sheep technologist Dr. Eileen McCloskey explained that without improving the genetics of their flock farmers were not getting the full return on their management practices.

She said: “Half of what we are working with every day will come from the breeding potential of its parents.

“We know we have spent a lot of time on the environmental attributes, flock management, grassland management, health traits – for example, feeding and nutrition – but all that hard work and effort is wasted if we are not working with animals with the genetic potential to take advantage of that good flock management that we have put in place.”