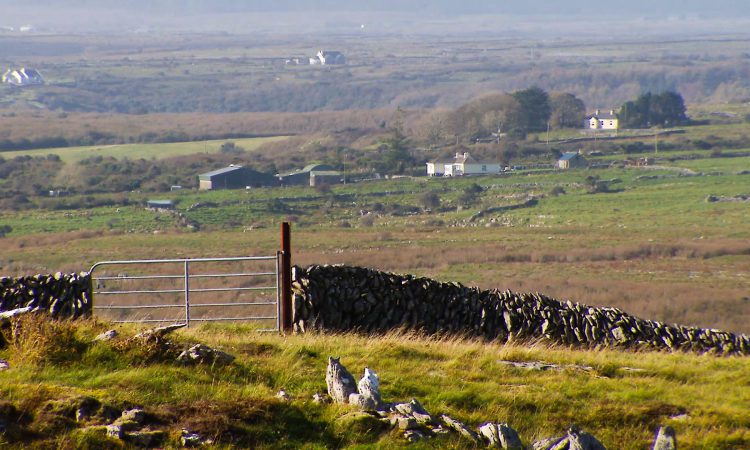 Northern Ireland Agriculture and Environment Minister Edwin Poots has claimed he has been trying to get his alternative climate change bill on the Executive’s agenda since March.

Poots warned policy-makers needed to work alongside companies and industry rather than against them, branding the Private Member’s Bill a “Disney World Bill”.

Addressing MLAs during his latest Minister’s Questions session, he said: “I have been seeking to get the proposals for that on the agenda of an Executive meeting since March 24, 2021, and it has yet to happen.

“My officials are working with the Office of the Legislative Counsel (OLC) and are very well advanced on the drafting of a climate change bill based on my proposals.

“I intend to circulate my draft bill and accompanying explanatory and financial memorandum to Executive colleagues. Once agreement to proceed is secured, I intend and am prepared to quickly move to introduce the right climate change Bill for Northern Ireland.”

Poots said his bill would introduce targets and also identify areas in which those targets can be achieved.

“Farmers and the agri-food sector have bought into doing this. Cranswick pork factory, for example, is operating a net-zero plan.

Poots said he feared beef or dairy Northern Ireland would be off-shored to countries like South America.

“We will be cutting down trees in order to produce that beef and will do more harm to the environment,” he said.

“Jumping up and down and pretending that you are doing something for the environment whenever what you are actually doing is entirely counterproductive is not a wise way forward, in my opinion.

“The Climate Change Committee (CCC), in recommending an emissions reduction target of at least 82% for Northern Ireland by 2050, took account of the importance of the Northern Ireland agri-food sector and the fact that around 50% of NI produce is exported to other parts of the United Kingdom.

“Whilst targets, such as having net-zero carbon by 2045, may stimulate some sectors, carbon leakage is extremely pertinent for the agri-food sector. In its analysis for Northern Ireland, the CCC felt that, based on current knowledge, meeting net-zero carbon by 2050 would require such a significant reduction in livestock production, particularly in the beef and dairy sectors, that it did not present a viable option.”

‘No excuse not to move forward with alternative climate bill’

Poots accused those blocking the bill’s progression of “trying to undermine” him. “They have been sitting on my Bill from March 24,” he said.

“I will provide the Executive with a full copy of the bill so that they have absolutely no excuse for not moving it forward. The legislation is there, and it will go before the Executive,” he said.

“That legislation has been consulted on, and work has been done on the costs. We can produce a Disney World Bill from anywhere, put it out there and say, ‘This is what’s good for Northern Ireland’, but it will not be Disney World when the farmers in West Tyrone are driven off the hills because people do not want their beef and they cannot produce their beef because of a Climate Change Bill that Sinn Féin has supported.”

Sinn Féin Philip McGuigan responded: “…My colleague and chair of the Agriculture, Environment and Rural Affairs Committee, Declan McAleer, tabled a motion calling on you to introduce a climate Bill almost a year ago. The Private Member’s Bill that is in motion and is supported by the Assembly is a response to your failure to act.”