Poots welcomes re-opening of US market for UK lamb exports 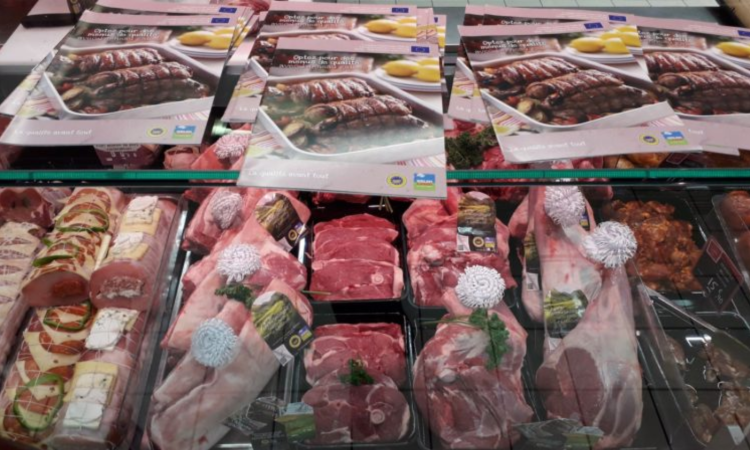 Northern Ireland Agriculture Minister Edwin Poots has welcomed the announcement that exports of UK lamb to the US market can resume from early next year after more than two decades of restrictions. The United States Department of Agriculture (USDA) confirmed earlier this month that it has amended the small ruminant rule (SSR) which prevented imports of lamb from the UK into the US.

This amendment will come into force on January 3, 2022 and follows an easing on restrictions on UK beef exports earlier this year. The SRR previously restricted access to the US market for all sheep meat from the UK, as well as a number of other countries including Canada and EU member states all of whom will now benefit from this amendment.

Worldwide, the UK exports £436 million worth of sheep meat/annum, with this deal expected to be worth around £37 million over five years to the UK market. Welcoming the announcement, Minister Poots said: “I am delighted that the US has granted approval for the UK to export lamb to their markets. It is a clear endorsement of the rigorous standards we in Northern Ireland have in place to produce our high-quality, safe and wholesome meat.

This news provides another major boost to the Northern Ireland agri-food industry and to the wider economy.”

The Minister continued: “My department continues to invest much time and energy into opening new markets to expand the Northern Ireland agri-food industry and this opens up a fantastic opportunity for local farmers, who are rightly credited for the quality of the food they produce. “This is a clear signal of not just this, but also the standards of our animal health and welfare and of our care for the environment.” The Minister concluded:

I will continue to do all I can to promote Northern Ireland’s food and its producers, both locally and at international level, and to help build our reputation as a world class food region.

“This is brilliant news for Northern Ireland’s food industry, and I look forward to our exports being able to commence shortly.”
Download Our Free App
Edwin Poots UK lamb exports
Loading Next Story