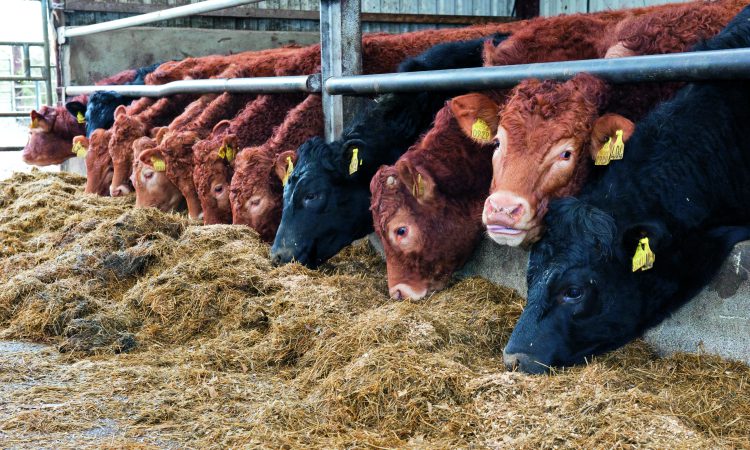 Beef price has remained stable this week in Northern Ireland according to the Livestock and Meat Commission (LMC).

Again, the advice from the LMC was to negotiate hard and to shop around in order to get the best quote from plants.

Commenting on the beef trade, a spokesperson for the LMC stated:

“The average steer price in Northern Ireland last week was 377p/kg up by 3.5p/kg from the previous week, while the R3 steer price increased by 2.8p/kg to 384.9p/kg.

Looking forward to the coming week, it has been predicted that base quotes will remain the same for both cows and prime cattle.

Plants received a rise in the number of cattle processed for the week-ending January 24, as an additional 445 head of prime cattle were slaughtered – with the final figure amounting to 6,612 head.

Comparing these figures to the same period during last year, throughput was back by 475 head from the 7,087 prime cattle slaughtered in the corresponding week in 2020.

The improved trade for cows last week drove on numbers processed in Northern Ireland it seems, as a further 195 head were killed in comparison to the week before, bringing the final figure to 2,147 cows slaughtered.

Examining the imports from the Republic of Ireland for direct slaughter, a total of 239 head of
prime cattle and 100 head of cows crossed the border – which was up from the previous week.

During the corresponding period last year, similar levels were imported when 239 head of prime cattle and 111 head of cows were imported the from Republic of Ireland for direct slaughter in local plants.

Cattle moving in the opposite direction from Northern Ireland to the Republic of Ireland for direct slaughter last week consisted of two steers and 46 cows.