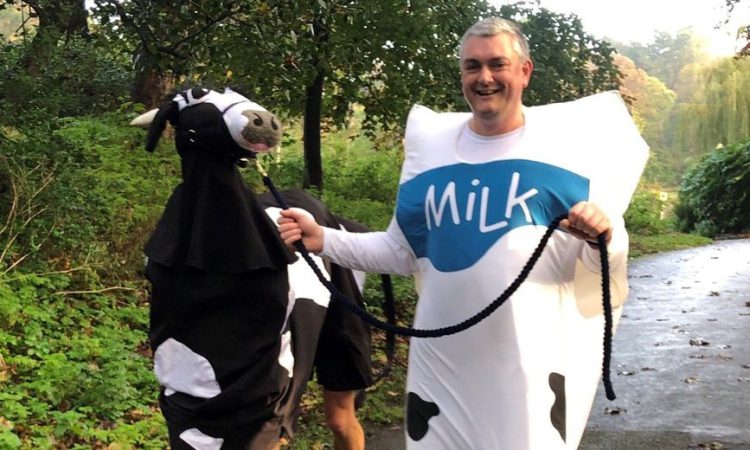 Park-goers in Southport might have taken a double glance at seeing a pantomime cow and a giant carton of milk lead more than 40 vets on a 5km run through their local green.

But it was all in a day’s fundraising for British Cattle Veterinary Association congress delegates, as attendees sought to raise money for one of the association’s favourite charities; Send a Cow.

The team from the British Veterinary Association was made up of its three presidential officers, featuring senior vice-president Simon Doherty donning a super-sized pint costume and newly-elected president Daniella Dos Santos and vice-president James Russell making up the two halves of the cow.

The trio might not have been the first to cross the finish line, but they did manage a respectable time of 48 minutes and 18 seconds – an achievement made all the more impressive when considering the impracticalities of running in tandem as the front and back end of a cow.

Simon Doherty said the three got a few looks as they made their way around the course, but added that it all helped to get the word out for the charity.

“Most park runs follow the edge of the park but this one seemed to loop around the pond – and it wasn’t exactly a nice round one, it had lots of bits jutting in and out,” he said. 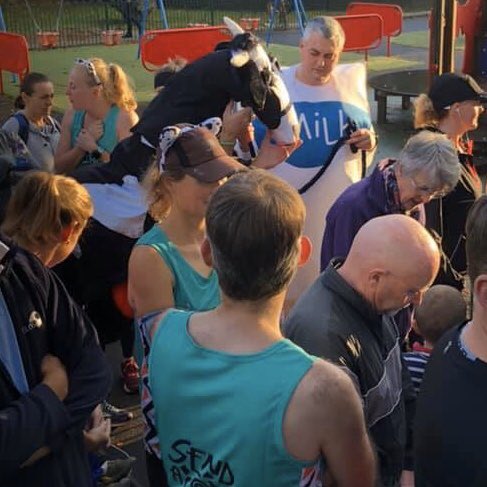 “Daniella and James couldn’t see where they were going [inside the cow outfit] so I had to keep shouting ‘left, left!’, ‘right, right!’ every time we came to a corner. We also had a lot people in the park come up to us for pictures with us.

“A few of the other runners had some interesting motivational lines – we got ‘keep on moo-ving’ a few times; I don’t think Southport will forget us anytime soon!”

Over the last few years, the BCVA has undertaken several fundraising efforts for Send a Cow – including the feat of raising more than £50,000 for the charity during the BCVA’s 50th anniversary year.

So far the vets and their supporters have raised almost £2,500 with donations still open on JustGiving.

Send a Cow helps families in rural parts of Africa to farm sustainably, and supports them in buying and keeping their own livestock.

When the charity first formed in 1988 it would physically send cows from the UK and provide training to ensure families have the skills they need to grow food and earn an income. However, a ban on importing livestock from Europe into Africa imposed in 1996 led the charity to source animals locally.

Where necessary, Send a Cow also provides locally-bought seeds and tools to support them on their journey out of poverty.

Those who missed out on the BCVA effort can always join the Bath Half Marathon in 2020, where the charity is hoping to enter a team.