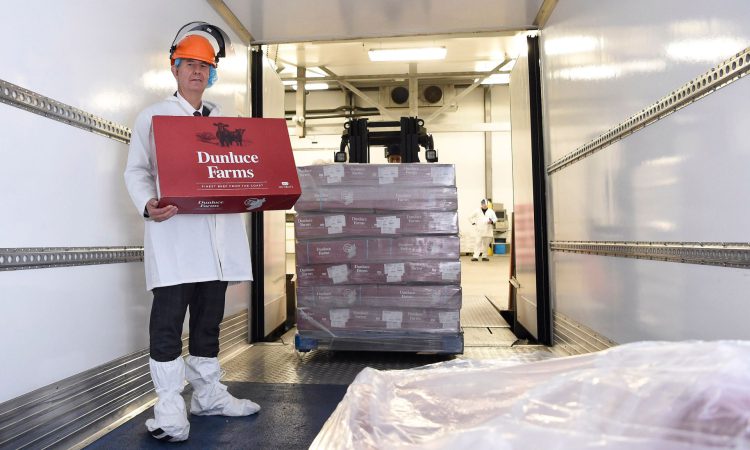 Thousands of Northern Irish farmers will soon see their produce represented in the US as two of the region’s major beef processors ship off their first batches of samples for American buyers.

It comes just three weeks after NI firms Foyle Food Group and WD Meats, were listed alongside one other processor from Wales as the first UK meat plants approved to export meat to the United States.

The first batch of beef from the UK, was dispatched on September 30, from Foyle Food Group, Foyle Campsie, with further shipments from across the UK expected to follow in the coming weeks.

Clare Holly, marketing director at WD Meats, explained it had taken “five years of hard work” and “significant capital investment” to secure access to the market for its 1,600 farm suppliers.

Technical staff from the company spent 10 days in Washington to learn about US veterinary requirements ahead of visits by American inspectors.

Holly said the firm was currently working on labels for the beef and hoped to send its first product samples stateside in January.

“With America, the world is your oyster,” she said.

“You can do everything from catering to manufacturing to retail to even some more niche, higher end restaurant chains, but in the beginning we are hoping to get into some supermarket chains. It’ll be smaller scale initially, and then as we get the hang of things we can go bigger.

Our farmers are as happy as we are about the news. It’s great for them and a great achievement. It goes to show that all our hard work over the years has paid off.

“Once we have access to the markets, selling the beef should not be a problem as NI has the very best beef in the world, the best beef farmers and we believe our team can do the rest.”

“I am very proud that the first shipment of UK beef to the USA came from a Northern Ireland beef processor,” he said.

“It is a signal, loud and clear, of the quality of our produce, the standards of our animal health, welfare and of our care for the environment.

“This opens up a massive opportunity for local farmers, the likes of which we haven’t had in two decades. Our local farmers are known and rightly credited for the quality of the food they produce and its provenance. I’ve no doubt that our food will speak for itself and we will see further opportunities down the line.

The UK food and farming industry estimates it will bring a £66 million boost to beef producers over the next five years alone and Northern Ireland too will receive part of that economic uplift.

Minister Poots added: “This is fantastic news for Northern Ireland’s food industry, and I don’t want it to stop there.

“I’d finally like to thank everyone involved behind the scenes, who have worked long and hard to get this deal done.”