Record harvest on the cards for maize growers in Northern Ireland 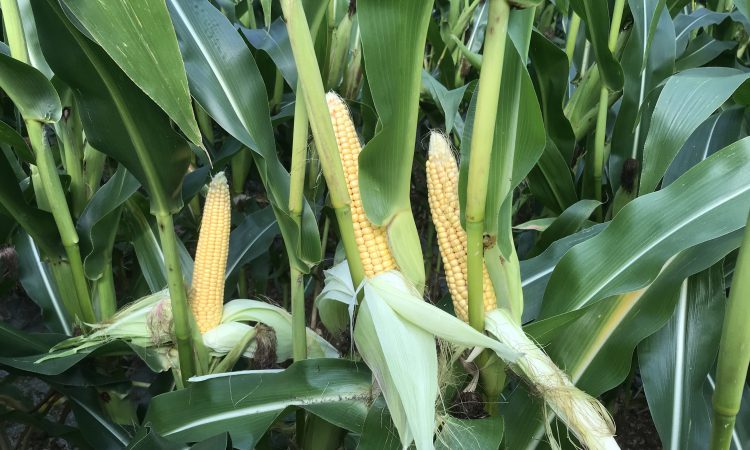 Assuming that weather conditions hold over the coming weeks, maize growers in Northern Ireland can look forward to both a bumper and early harvest.

“Crops are looking tremendously well at the present time. We are currently are looking at a harvest date of around the first week of October.

This is seven to 10 days earlier than would normally be the case.

“The yield potential of most crops is also excellent. Averages of around 18-20t/ac are a real possibility this year. This should convert to dry matter outputs in the range of 6-7t/ac.

“Crop quality should also be high, with starch values coming in at plus 30% values.”

Robert explained that dry matter intakes are key when it comes to determining the impact of forage maize on dairy cow diets, and the performance of anaerobic digesters.

He continued: “Maize acreages have grown consistently in Northern Ireland over the past five years. This trend reflects the availability of new varieties that can deliver mature yields, year-in, year-out.

Crop maturity is the factor that determines the sustainability of maize production under local conditions.

“Getting crops through to full maturity means that dry matters and starch values can be maximised,” he added.

According to the Maizetech representative, the vast majority of maize crops grown in Northern Ireland are established under plastic film.

He commented: “The film helps to ensure that optimal growth rates are achieved from the get go. The current growing season is a case in point.

The cold spell that characterised the weather in Northern Ireland during late April and early May stunted the growth of many crops.

“However, it is now evident that the micro climate enjoyed by the maize sown out under plastic facilitated excellent root growth.

“As a result, crops jumped out of the ground once conditions warmed up in June. The very warm and dry conditions experienced during July also facilitated the growth of maize crops tremendously.”

It’s not all good news for maize growers. Robert Duncan is reporting that the current oxy films, used to establish maize crops, will not be allowed for use beyond 2022.

However, it was initially thought the changes might have been introduced for the next growing season.

“These changes are coming on the back of continuing pressure to take plastic of all kinds out of the environment,” Robert commented.

“DAERA [Department of Agriculture, Environment and Rural Affairs] has confirmed to Maizetech that existing stocks of the oxy film can be used up. This will allow us to maintain the status quo next year.

So in reality the maize sector has managed to secure a year’s reprieve, where the use of the new materials is concerned.

“But change is coming beyond that point. Maizetech has been trialling new compostable films that will be available for the 2023 planting season.

“The drawback from a grower’s perspective is that they will be slightly more expensive than the current films.

Farmers and contractors will also have to re-tool their equipment and train-up on the use of the new films. Again, this is adding to the cost.”

Robert pointed out that the existing oxy films are photodegradable.

“I think that the maize sector got very little official recognition, where this point is concerned. However, we are where we are.

The compostable films will become a reality in 2023. But the good news is that maize has shown itself to be a consistent crop that can deliver very exceptional yields under local growing conditions.

“The prospects for further growth being achieved within the sector look very promising indeed,” he concluded.